It’s Children’s day! It is not just a day to celebrate children for who they are, but to bring awareness to children around the globe that have experienced violence in forms of abuse, exploitation, and discrimination.

As Nigeria marks this year’s Children’s Day, WASIU SALAMI writes on the rising cases of Child labour in Nigeria and its consequences….

Historically, Children’s Day began on the second Sunday of June in 1857 by Reverend Dr. Charles Leonard, pastor of the Universalist Church of the Redeemer in Chelsea, Massachusetts. Leonard held a special service dedicated to, and for the children. It was first named “Rose Day”,  later named Flower Sunday, and then named Children’s Day.

Children’s Day was first officially declared a national holiday by the Republic of Turkey in 1920 with the set date of 23 April. However, it was decided that an official confirmation was needed to clarify and justify this celebration and the official declaration was made nationally in 1931 by the founder and the President of the Republic of Turkey, Mustafa Kemal Atatürk.

But the officially recognized date of Children’s Day varies from country to country. In Nigeria, the International Children’s Day is marked annually every May 27, and it is being marked by series of activities organised by governmental and non-governmental organisations.

Nigeria is blessed with both human and material resources, among which are the promising children who are considered the future of this country.  Regrettably. these promising children are being threatened by the menace called “Child labour”. Meanwhile, of all its forms,  underaged street hawking features prominently and constitutes a serious problem.

Truth be told, underaged street hawking is a universal phenomenon that is not only common to Nigeria, as it is practiced in both industrialised and developing countries of the world, but the rate is alarming in Nigeria.

Statistically, in 2006, the United Nations International Children’s Emergency Fund (UNICEF) Nigeria, report  on Child labour showed that not less than 15 million children under the age of 14 are working across Nigeria. Many are exposed to long hours of work in dangerous and unhealthy environments, carrying too much responsibility for their age. Working in these hazardous conditions with little food, small pay, no education and no medical care establishes a cycle of child rights violations.

From Kano to Lagos, Anambra to Rivers and other states of the federation, the social anomaly seems to be on the increase despite measures put on ground to ameliorate it. 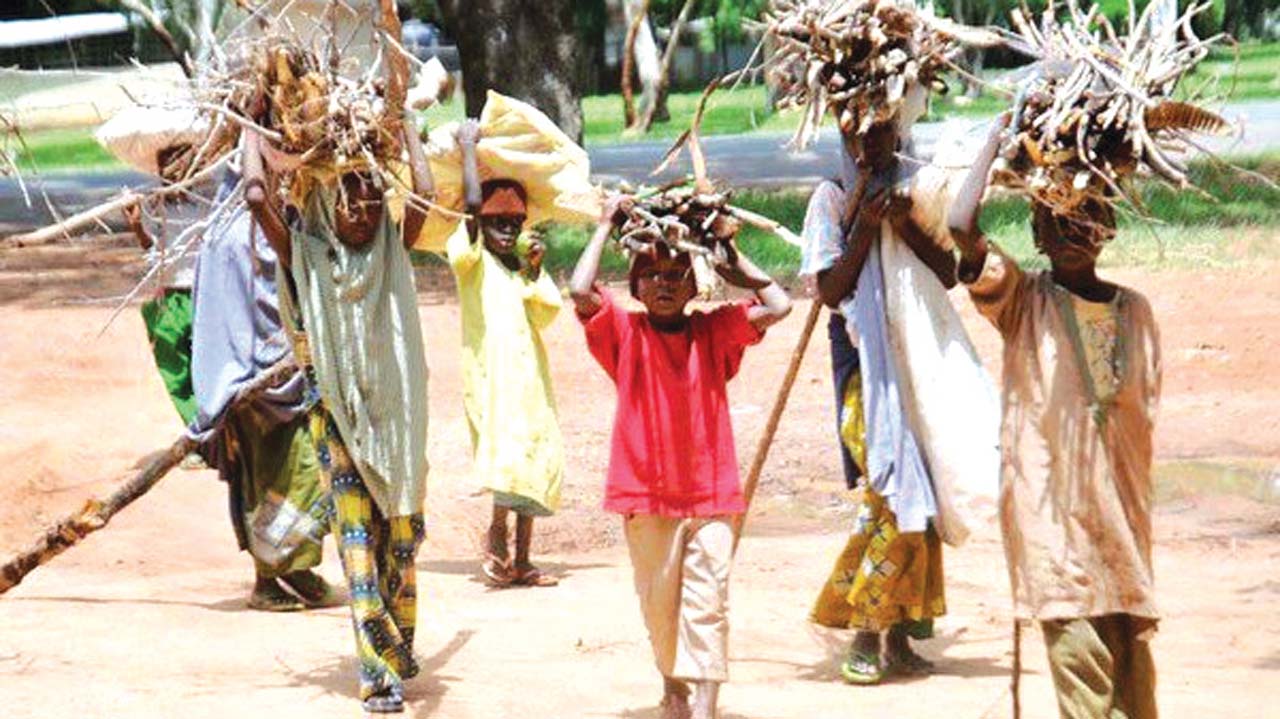 While children have always worked in Nigeria, the figures have significantly increased over the years.  Available records show that the end of the oil boom in the late 1970s coupled with mounting poverty has driven millions of children into labour.

From the historical antecedent of the Nigerian people, children have always worked with their families, learning skills they would need as adults, children are now forced to work for their own and their family’s survival. The money they earn have become a significant part of poor families’ income. But the current practice, runs contrary to the UNICEF guidelines on child management.

Undoubtedly, the consequences of underaged street hawking are extensive. It has a highly destructive effect on the education of children who practice it as it distorts government policies on education due to high rate of out of school children.

Apart from that, majority of such underaged girls who hawk are at the mercy of rapists and traffickers. Sometimes, these child hawkers are exposed to health challenges, accidents, stress, kidnapping, sexual abuse, and even death.

Also, the underaged street hawkers are drawn into delinquent actions that may even dovetail to petty robbery and then graduate into robbery. This is even worse now with the influx of hard drugs in the society, and the urge among youths to get rich quickly. Infact, the consequences are endless. Hence, there’s need for genuine actions against these menace to secure the future of our teaming promising children.

So, as Nigeria marks this year’s Children day, it is important that government at all levels rise up to the challenge of Child labour and tackle it head-on, if indeed the future of these children mean something to us as a people.