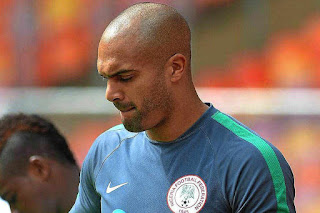 Akpeyi who plays for Chippa United in the South African Premier league, replaces Super Eagles number one, Carl Ikeme, who was injured while playing for his English club Wolverhampton Wanderers.

Ikeme got injured during Wolves’ Championship clash with Blackburn Rovers last Saturday and will not recover in time for the Algeria game.