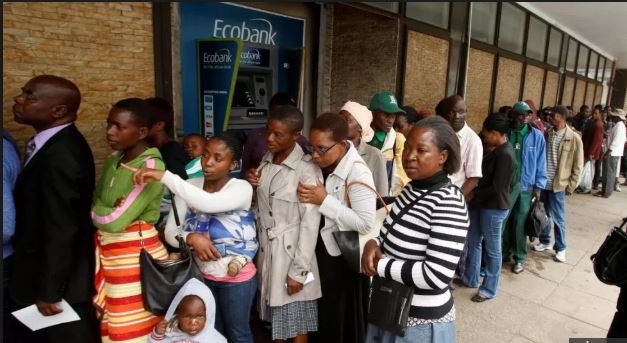 Queues formed outside banks in the Zimbabwean capital Harare on Friday as the central bank opened trading of a new currency.

Zimbabwe’s central bank announced on Wednesday that it would scrap the peg between its quasi-currency bond note and the U.S. dollar, creating a new currency from the bond notes and notional electronic dollars that will be known as RTGS dollars.