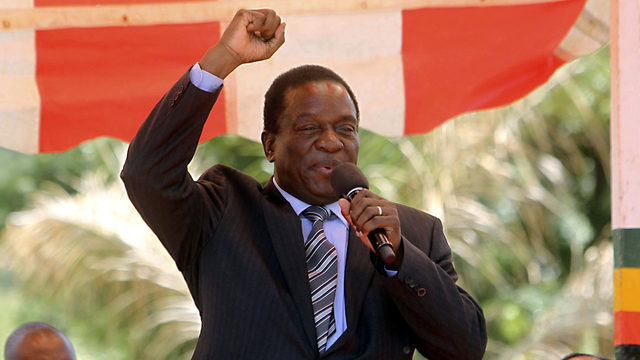 Expectations are high in Zimbabwe as the country and citizens await the swearing in of incoming leader Emmerson Mnangagwa.

Mnangagwa met with south African President Jacob Zuma earlier this Wednesday before taking a private jet to return to Zimbabwe.

He is expected to be sworn in as Zimbabwe’s new leader on Friday, following Robert Mugabe’s resignation amid impeachment proceedings.

Nicknamed, the Crocodile, Mnangagwa is expected to replace Mugabe until the end of the term next year.

It was not clear what the 93-year-old Robert Mugabe and his wife would do next.

But the world’s oldest head of state, said in his resignation letter that legal procedures should be followed to install a new president no later than tomorrow.