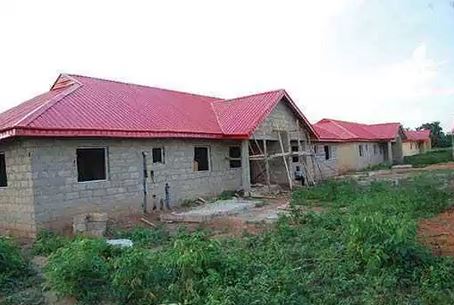 The Zonal Director, Southwest of the Federal Ministry of Housing, Olasunkanmi Dunmoye, has announced that the 70 units of houses under construction in Ekiti State under the National Housing Programme will be completed in April this year.

He made this known in Ado Ekiti on Tuesday during an inspection tour of the project.

TVC News Correspondent, Akin Ogunmola reports that the housing units of different types of residential houses are at various stages of completion here at this federal housing estate in the Ekiti State capital.

According to the Zonal Director Southwest of the Federal Ministry of Housing, President Muhammadu Buhari is following in the footstep of the late President Shehu Shagari to provide houses for the Nigerian masses.

The Zonal Director expressed satisfaction with the quality and speed of work at the estate and that the project has really empowered Nigerians a envisaged by the Federal Government.

One of the Senior Staff of the Ministry, supervising the Ekiti National Housing Programme brought newsmen up to speed on the project.

Ekiti State is among the 33 states of the federation and the Federal Capital Territory, where the National Housing Programme is currently being executed.