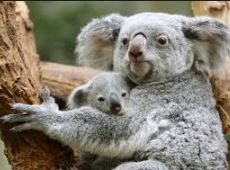 The President of World Wide Fund International has warned Australian leaders that the nation’s iconic marsupial, the koala, is at risk of extinction due to high rates of deforestation.

Pavan Sukhdev wrote an open letter to the country’s Prime Minister citing the findings of 2018 WWF’s Living Planet Report that found “eastern Australia is one of only 11 ‘global deforestation fronts’ where 80 percent of global deforestation is projected to occur by 2030.”

Sukhdev is urging the federal and state governments to stop deforestation and protect the habitat of koalas.

The koala was listed as “vulnerable” under the Environmental Protection and Biodiversity Conservation Act in 2012.