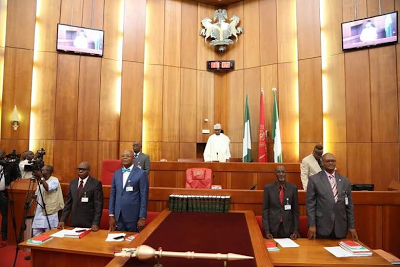 The Nigerian Senate has adjourned plenary as it could not garner the required number of senators to hold a plenary.

TVC News National Assembly Correspondent reports that the lawmakers met for just ten minutes and dispersed because they failed to form a quorum.

Only 18 lawmakers had converged when PDP senator Philip Aduda called the attention of his colleagues to the scantiness of the chamber.

Aduda ascribed the absence of some lawmakers to oversight functions which they are currently engaged in.

The motion for adjournment was seconded by the deputy senate president, Ike Ekweremadu, and unanimously adopted through a voice vote.

Senate President, Bukola Saraki, urged his colleagues to conclude their over sight functions and resume on Tuesday November 20.