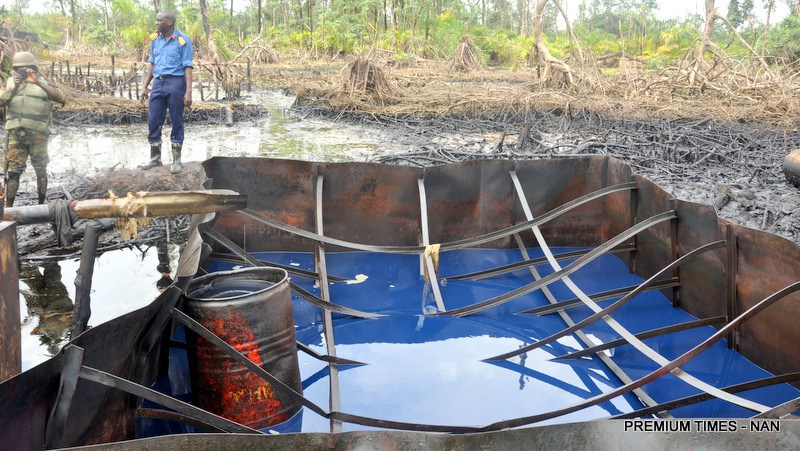 The Nigerian Navy has launched a fresh offensive against illegal refineries in Rivers State.
Some of these facilities have been destroyed in the ongoing operation, which is targeted at curbing crude oil theft in the country.

From the base of the Nigerian Navy Ship Pathfinder, the journey began to one of the creeks in Rivers State where illegal refineries are hidden away.

It wasn’t long before large billows of smoke indicated that the team was approaching its destination.

A by-product of the illegal refineries has been identified as one of the major causes of soot in Rivers State.

While the unregulated manner of handling the crude itself has led to other forms of environmental pollution.

A storage pit of a typical illegal refinery has the capacity to fill up a 33,000 litre truck of fuel.

Buhari calls for hope despite hardship in Easter message