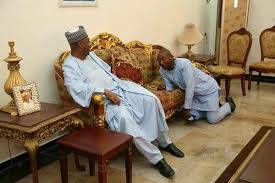 Kwara South Unity Forum said it has already notified the Independent National Electoral Commission and the leader of the Senate of this move.

The group accused Senator Rafiu Ibrahim of non-performance and claimed that he is not serving the interest of the people of Kwara South at the national assembly but rather the interest of his political boss.

But in a counter move, another group loyal to the senator described the move as unwarranted.

The group which comprises students union leaders and loyalists of the senator said the senator has done enough to deserve their confidence.