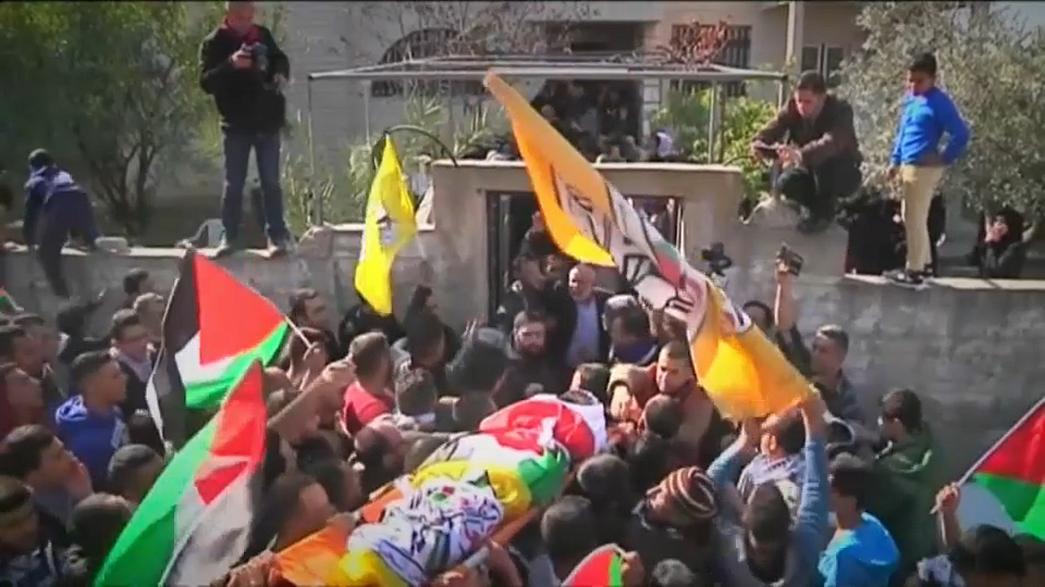 Palestinians participated on Saturday (December 16) in funerals of four Palestinians who were shot dead on Friday (December 15) by Israeli troops during protests over U.S. President Donald Trump’s recognition of Jerusalem as Israel’s capital. According to medical officials, 150 other Palestinians were wounded during the clashes.

Most of the casualties were on the Gaza Strip border, where thousands of Palestinians gathered to hurl rocks at Israeli soldiers beyond the fortified fence. Medics said two protesters, one of them wheelchair-bound, were killed. A military spokeswoman had no immediate comment on the wheelchair-bound protester, Ibrahim Abu Thuraya.

Abu Thuraya, 29, was a regular at such demonstrations. In media interviews, he said he had lost both his legs in a 2008 Israeli missile strike in Gaza. Hamas Chief Ismail Haniyeh attended and paid tribute to Abu Thuraya at the funeral in Gaza City.

In the occupied West Bank, another area where Palestinians are seeking statehood along with adjacent East Jerusalem, medics said two protesters were killed and 10 wounded by Israeli gunfire.

One of the dead was a man who Israeli police troopers said was shot after he stabbed a member of their unit. Reuters witnesses said the Palestinian held a knife and wore what looked like a bomb belt. A Palestinian medic who helped evacuate the man for treatment said the belt was fake.