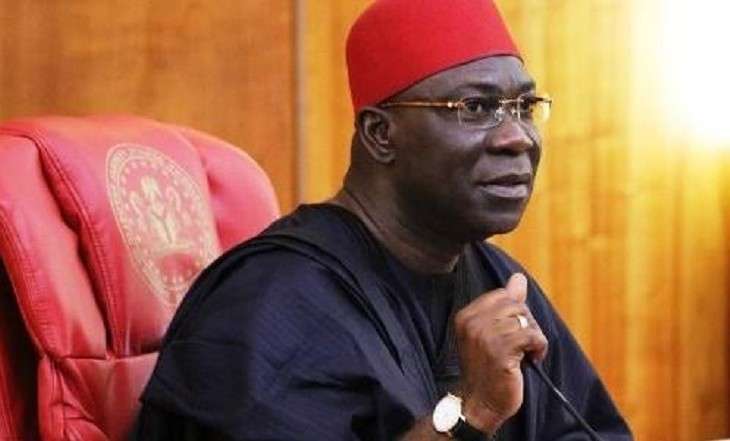 Deputy Senate President, Ike Ekweremadu has called for an open contest including free and fair primaries for the presidential ticket of the Peoples Democratic Party in 2018.
Ekweremadu spoke alongside Governor of Bayelsa state, Seriake Dickson and other top party leaders at a retreat for the Uche Secondus-led national executive and state chairmen of the PDP in Abuja.

Ekweremadu blamed the party’s defeat in the 2015 general election on lack of internal democracy that manifested in all forms of imposition of candidates and disregard for the party’s constitution.

To reduce tension in the opposition party, he is now advocating internal democracy through an open contest for the PDP presidential primaries, reducing interference in state chapters of the party, imposition of candidates and the influence of godfatherism.

Also speaking at the retreat, Bayelsa state Governor Seriake Dickson who is heading the PDP’s reconciliation committee asked the national working committee and state executives to return the party to the people while also updating their conflict management skills.

The new national working committee had earlier met with the Board of Trustees of the PDP where members pledged to promote a people-centred democracy while asking the ruling APC to stop intimidating its leaders through the use of security agencies like the EFCC and Police.