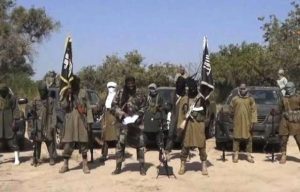 Few days after an attack by Boko Haram insurgents in Gulak, Adamawa State was foiled by the army, the sect launched yet another attack in Sabongari in Madagali town.

But troops repelled the attack, killing two of the boko haram insurgents were killed after hours of a firefight with the attackers.

Chairman of the council, Yusuf Mohammed said it took the combined efforts of troops and local hunters to subdue the terrorists, in the three hour gun battle.

Yusuf, who did not give the casualty figures, commended the security agents and local hunters in repelling the attacks.

The commissioner for information, Ahmad Sajoh, in an interview with TVC News restated his appeal for more troops in the area.