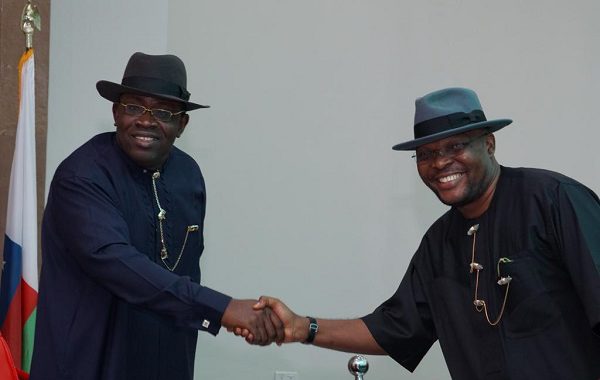 Until his appointment,  Matkson was the Chef Press-Secretary to the Bayelsa Governor in the past six years.

In what could be described as a surprise minor reshuffling of his cabinet, the governor also moved Jonathan Obuebite to the Ministry Of Education, while former Education Commissioner, Markson Fefegha now heads the Ministry Of Mineral Resources.

More than six years into the Dickson administration, Opume-born journalist walked into the hallowed chambers of the State House Of Assembly, got screened as a Commissioner-Designate, and was given a clean bill of health
by the lawmakers on September the 12th before proceeding to the State Executive Council Chambers for his inauguration.

Governor Seriake Dickson gives his charge to the new member of the highest policy-making organ in the state.

Daniel Iworiso-Markson, Author of the book, “BAYELSA LANDMARK ELECTION: How Governor Dickson Deployed People Power To Defeat Federal Might”, is the first to chronicle events leading to the second term victory of the Bayelsa State Governor.

Ondo govt to clamp down on buildings without approvals