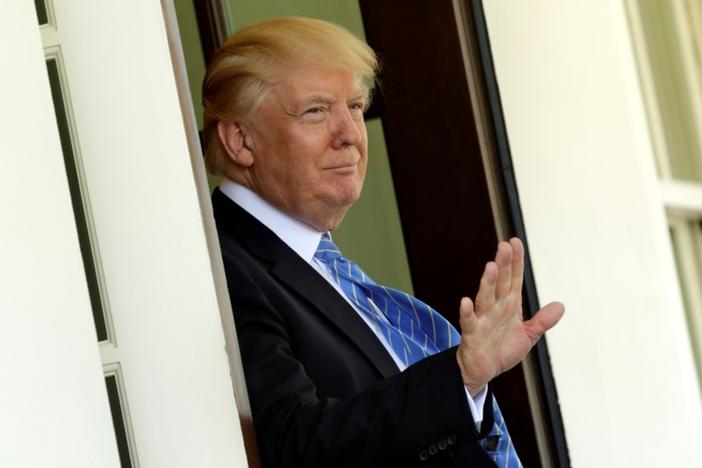 TVC NEWS President Donald Trump’s effort to roll back Obamacare gained momentum on Wednesday as Republican leaders scheduled a vote in the House of Representatives on Thursday on newly revised legislation.

House Majority Leader Kevin McCarthy expressed confidence the bill would pass and several moderate Republican lawmakers who previously objected to the bill said they could now support it.

A vote was expected as early as midday Thursday, with lawmakers planning to leave town later that day for a week-long recess. Late on Wednesday, the bill cleared a procedural step allowing it to advance to the House floor.

Even if a narrow majority in the House approves the bill, it still faces a steep climb in the Senate, where only a few defections could kill the effort.

Keen to score his first major legislative win since taking office in January, Trump threw his own political capital behind the bill, meeting with lawmakers and calling them in an effort to cajole their support.

Trump, whose Republican party controls both the House and Senate, is seeking to make good on his campaign promise to repeal and replace Obamacare.

Wavering moderate Republicans had worried that the legislation to overhaul President Barack Obama’s 2010 signature healthcare law would leave too many people with pre-existing medical conditions unable to afford health coverage.

But several Republican skeptics got behind the bill after they met with Trump to float a compromise proposal that is still expected to face unanimous Democratic opposition.

The legislation’s prospects brightened further after members of the Freedom Caucus, a faction of conservative lawmakers in the House who played a key role in derailing the original version of the bill last month, said they could go along with the compromise.

The bill is also receiving a torrent of opposition from medical groups, including the American Medical Association, who say millions of Americans will lose coverage or face higher costs.

Millions more Americans got healthcare coverage under Obamacare, but Republicans have long attacked it. They view it as a government intrusion into the healthcare system and blame it for driving up costs.

Called the American Health Care Act, the Republican bill would repeal most Obamacare taxes, including a penalty for not buying health insurance. It would slash funding for Medicaid, the program that provides insurance for the poor, and roll back much of Medicaid’s expansion.

The latest effort comes after earlier pushes by Trump for healthcare reform collapsed twice, underscoring the difficulty of rallying together the Republican party’s divided factions.

Earlier this week, prospects for the legislation appeared grim as several influential moderate Republicans said they could not support the bill, citing their concerns about protecting people with pre-existing conditions.

Putting a spotlight on the concerns about pre-existing conditions, late-night talk show host Jimmy Kimmel made a tearful plea for keeping that provision in Obamacare as he recounted a medical emergency that arose with his newborn son.

Kimmel’s monologue about his son’s congenital heart condition was viewed nearly 19 million times on his show’s Facebook page and on Wednesday morning was the No. 1 trending story on YouTube.

Republican Representatives Fred Upton and Billy Long, who were part of a group of moderate lawmakers who met at the White House with Trump, said the president endorsed their plan to add $8 billion over five years to help cover the cost for people with pre-existing illnesses who could otherwise be priced out of insurance markets.

Representative Mark Meadows, chairman of the conservative Freedom Caucus, said the new language on pre-existing conditions was a “net plus” for garnering the votes needed to pass the healthcare bill.

Critics of the changes to the law, including several health policy experts, said the $8 billion could not be enough to cover the cost of coverage for the sickest patients.

Republicans did not await a new score from the nonpartisan Congressional Budget Office to see how many people would be insured under their revised plan and how much it would cost.

On Wednesday, Aetna said it will exit the Obamacare individual insurance market in Virginia next year, citing “growing uncertainty” and expected losses this year.

House Democrats rejected the latest change to the Republican legislation on Wednesday, saying patients with pre-existing illnesses would be vulnerable to being pushed off their insurance in certain states and face higher costs.

“This is deadly,” House Democratic Leader Nancy Pelosi told a news conference. “No Band-Aid will fix it.”

Democrats have long thought their best chance of stopping the repeal would be in the Senate, where only a few Republicans would need to defect to stop the law from moving forward.

The difficulty in the House is now making Democrats optimistic that Republicans will face backlash from voters and face losing seats in the 2018 midterm elections.