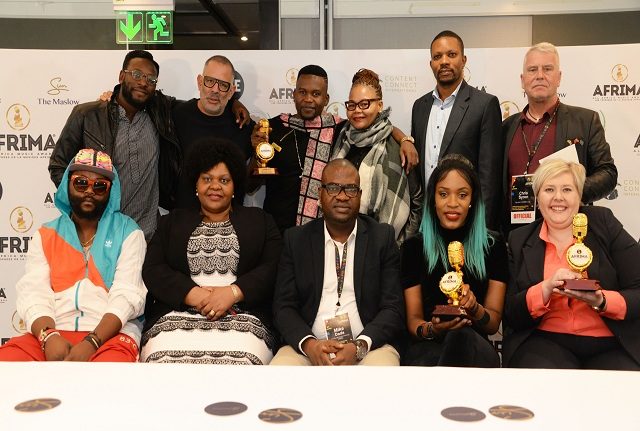 The event was held on Tuesday at The Maslow Hotel, Sandton, South Africa. It was attended by AU officials, members of the International Committee of AFRIMA, past AFRIMA winners and nominees from Southern African, media executives and other stakeholders in the creative/entertainment industry.

President/Executive Producer, AFRIMA Mr. Mike Dada said the first activity on the continental awards event calendar is submission of entries, which opens globally on Monday, May 8. He added that submission closes on Monday, July 17.

Dada advised artistes, managers, producers, record label owners, video directors, publicists and entertainment/music journalist to submit their works or those of their artistes within the stipulated timeline to stand a chance at the awards.

‘’Irrespective of how popular an artiste or their works are in Africa, failure to submit for the awards means their chances of being nominated for AFRIMA 2017 is practically non-existent,” Dada said.

Delivering the AU opening address at the event, Head of Culture Division, African Union Commission, Ms. Angela Martins, thanked the government of South Africa and the people for receiving the AUC and AFRIMA for the calendar unveiling.

She added: “We would like to hail the All Africa Music Awards initiative for the laudable impact it has for its three editions (2014, 2015 and 2016). AFRIMA has been able to mobilise millions of people and renowned artistes from the five regions of Africa’’.

Some of the attendees at the unveiling were African music stars such as: Wax Dey; Sjava; Buffalo; Mi Casa; Busiswa; The Soil; Heavy K; Ugly Priddy; Cindy Munyavi and Fungisia among others.