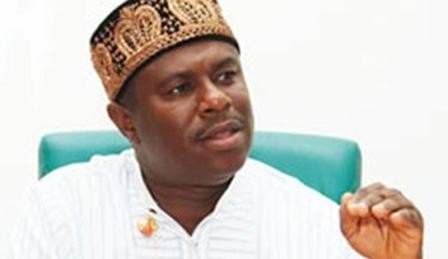 The Director General of the Nigerian Maritime Administration and Safety Agency (NIMASA), Dakuku Peterside, says the All Progressives Congress (APC) in Rivers is united under the leadership of Chibuike Amaechi.

He told a news conference in Port Harcourt on Sunday that there was no disagreement in the APC in the state.

“There is absolutely no disagreement in the APC. APC in Rivers state is united under the leadership of Mr Chibuike Amaechi.

Peterside, the party`s governorship candidate in the 2015 election in Rivers, said the Peoples Democratic Party (PDP) used propaganda to create an impression that there was disagreement in the APC.

“What is going on is that the PDP has been churning out cheap, stale propaganda to paint a picture that there is division in the APC.

“It is easy to sell the story that Magnus Abe, the Senator representing my Senatorial district has formed his own camp of the APC. I am in regular touch with Abe and I can say there is no such thing.

“APC is one, united big family driven by the passion to offer Rivers people good governance,” he said.