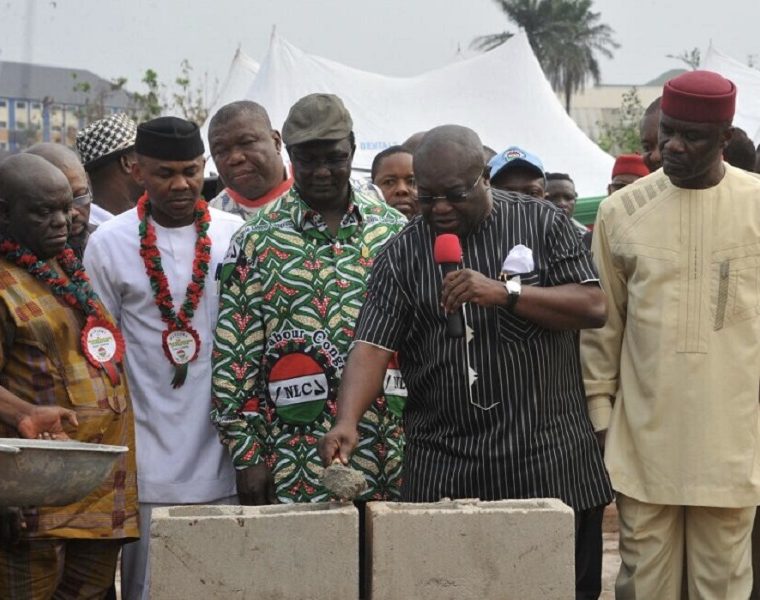 The National President of the Nigeria Labour Congress, Ayuba Wabba has warned that any state governor who fails to properly utilise all the bailouts received from the Federal government to settle workers’ salaries and gratuities will meet the full wrath of the Nigerian Labour Congress and its affiliate unions.

The NLC president disclosed this in Umuahia, the Abia state capital during the ground breaking ceremony for the construction of the state’s Labour house.

Wabba said the bailouts are meant to pay workers their outstanding salaries and gratuities of retirees.

TVC news Correspondent Nnamdi Ofonye reports that Labour movement is not like Political movements and labour leaders don’t just gather like this if not for issues pertaining to workers welfare.

The National President of Labour, Ayuba Wabba had come to Umuahia for the foundation stone laying ceremony for the construction of Abia state Labour house.

He lamented that despite the efforts of the federal Government in bailing out states, most Governors have continuously diverted such funds to other uses, leaving workers to continue to wallow in hunger.

Comrade Wabba expressed the belief that when completed, the secretariat will in no small way help galvanise the labour union in the state, thereby creating an enabling environment for them to play their roles in nation
building.

Comrade Wabba did not leave without dropping a strong warning for any state Government perceived to be insensitive to the plight of its workers.

It was an opportunity for Governor Ikpeazu to restate his commitment to the betterment of the lives of workers in the state.

The building is expected to be completed before 2018 workers day celebration.