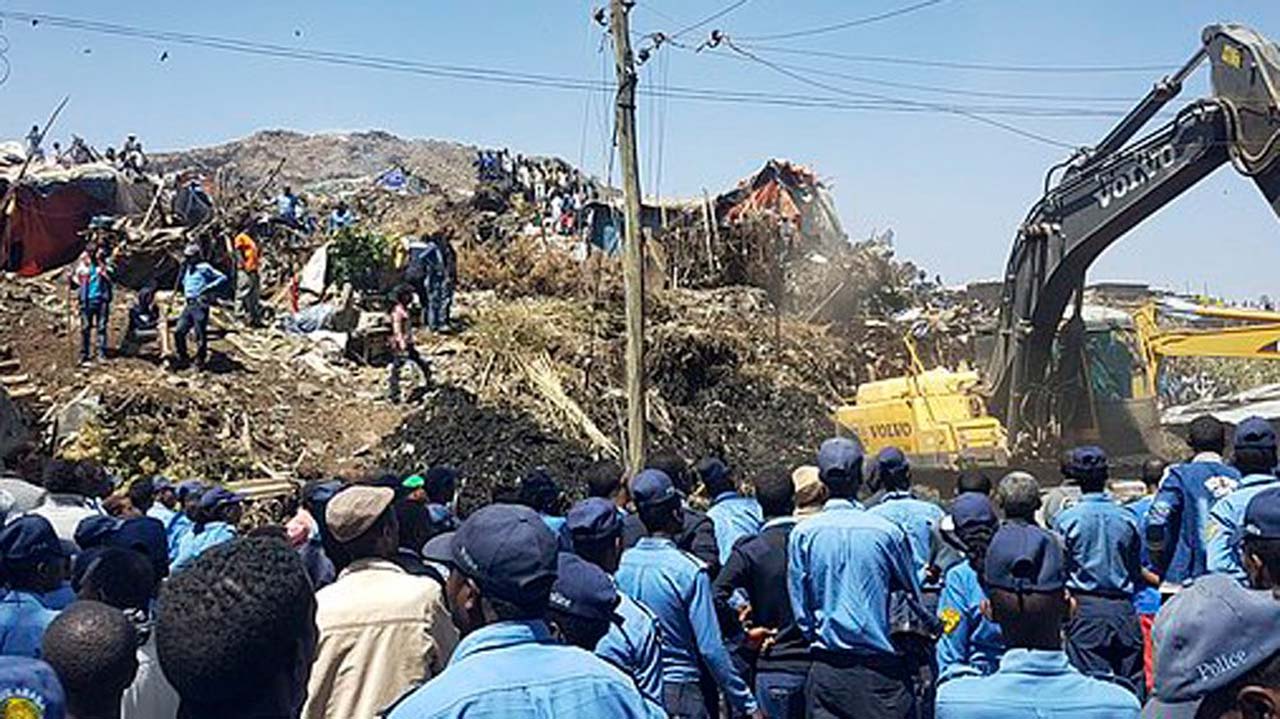 The death toll of victims killed in Ethiopia’s rubbish dump collapse has risen to 65 and dozens more are injured.

The rubbish dump outside Addis Ababa collapsed on Saturday, burying squatters who live atop the dirt under the rubbles.

According to Dag-mawit Moges head of the city communications bureau, many of those who died are women.

At least 54 people have so far received medical treatment for their injuries and rescue operations are still ongoing at the sight.

Meanwhile, bereaved families tussled with rescue workers on Tuesday at the site of the accident.

Relatives pushed and shoved the handful of emergency workers, angrily accusing them of delays and saying dozens of people were still missing after Saturday’s disaster at the Reppi dump.

They alleged that they were doing all the digging themselves and that the government wasn’t helping them.