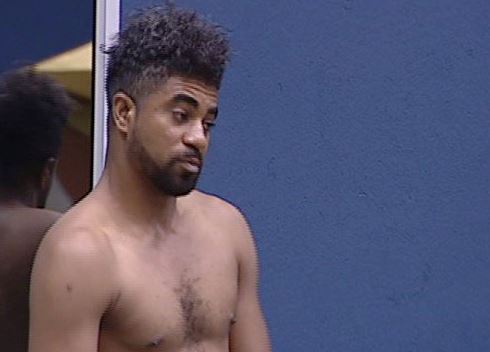 ThinTallTony, the most gregarious and outspoken of the 12 housemates, did the unexpected by stripping naked to campaign for likes.

His stunt came after Biggie, the voice of Big Brother, had urged the housemates to campaign for likes ahead of the first nomination show of the competition.

During the nomination show, a housemate (or more) may be chosen for eviction from the Big Brother house.

While several housemates campaigned passionately with speeches and personal stories, Tony did the audacious by taking off his clothes to the last item, and said, “this is all I have left.”

He said Big Brother Naija was his last hope, and urged his fellow housemates to help him stay in the house for as long as possible.

Although he completely went naked, viewers were not shown his full nude display.

Following his campaign effort, many Nigerians trooped to Twitter to register their opinions (mostly displeasure) on the incident.

Going nude in big brother is no big deal. But going nude as a campaign is stupid. #BBNaija

Shock and tears as Tony strips completely naked during his campaign and says this is all that he has left! #BBNaijahttp://africamagic.tv/bigbrother

The last housemate after 78 days will win the ultimate prize of N25m and an automobile.

No reason for panic over Buhari’s health – Adesina