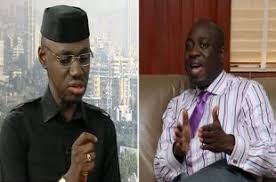 Abdullahi, a former Minister of Sports and Youth Development has been adopted at a mini convention by the North Central Zone of the party.

Frank, who was suspended for allegedly playing down the party says he is in court to challenge his removal