State of the nation : Opadokun speaks on corruption, economy 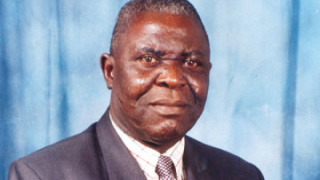 Should President Muhammadu Buhari fail to get the National Assembly to clear the embattled acting chairman of the Economic and Financial Crimes Commission, Ibrahim Magu, he would have lost a sizeable number of his supporters and admirers.

These were the words of a civil rights activist, Ayo Opadokun at a lecture he delivered at the Offa Indigenes Christian Union in Offa, Kwara state.

The rights activist reasoned that the non confirmation of Ibrahim Magu as the substantive chairman of the Economic and Financial Crimes Commission by the national assembly is a major blow to the anti corruption stance of the Buhari administration.

Opadokun who commended President Buhari for decimating Boko Haram insurgents in the north east is alarmed by the spate of killings in Southern Kaduna and other parts of the country where lives are being lost daily.

Opadokun is sympathetic to the masses who feel the pinch of the current economic challenges and hopes that the president can rise to the occasion.

On the religious front, Opadokun is unhappy that the church has been commercialised. He urged Christians to seek the kingdom of God before prosperity.

The lecture was part of  activities marking the 2016 convention of Offa Christian Indigenes Union.

Troops of One Mechanised Division of the Nigerian Army on Thursday rescued thirty people who were kidnapped by bandits...