The Nigerian government says it is committed to negotiating with community leaders in the Niger Delta Region as it strives to find a lasting solution to environmental degradation in that region.

The Minister of Environment, Amina Mohammed, stated this in Abuja while speaking at the 10th Anniversary Symposium of the National Oil Spill Detection and Response Agency, NOSDRA.

The forum also serves as a medium to assess the efforts so far made by the agency in managing oil spill in the marine environment of the Niger Delta region as well as the challenges it has encountered since its creation ten years ago. 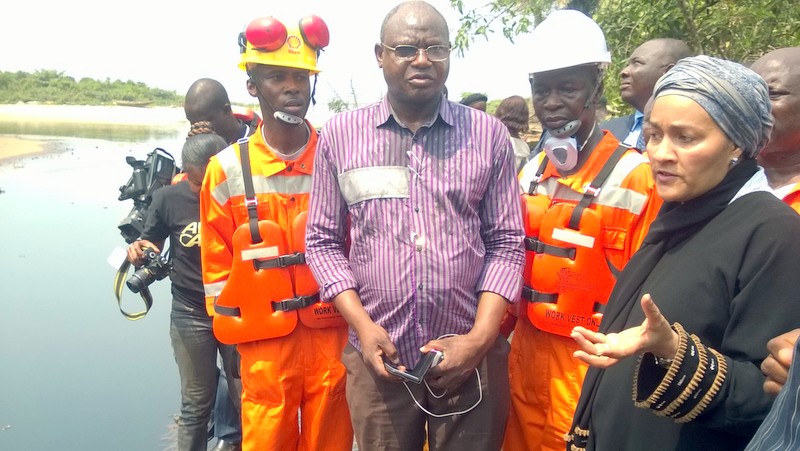 Minister of environment, Amina Mohammed, reinstates the commitment of the Nigerian authorities to ensure a clean and green Niger Delta with the kick-off of Ogoni-Land cleanup as well as the administration’s willingness
to negotiate with communities to end the problem of pipeline vandalism, a major contributor to oil spill.

NOSDRA also used the opportunity to appeal for stronger legislations that will criminalize acts of oil spill, a call that was welcomed by representatives of the legislative arm of government.

The agency says It will continue to engage relevant authorities to ensure early detection and response to incidents of oil spill in the country.