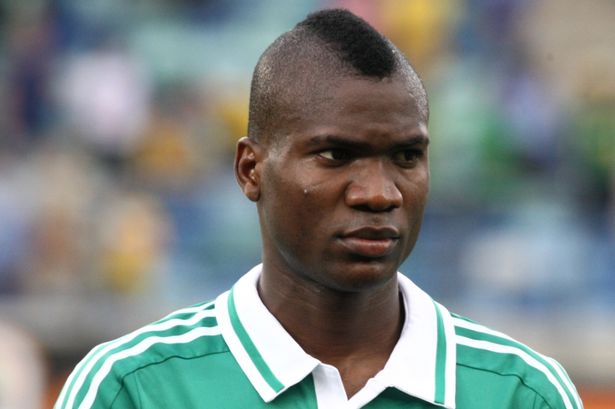 Super Eagles striker, Brown Ideye was far from impressed after being substituted by Technical Adviser, Gernot Rohr as Nigeria got off to a flying start in the race to be at World Cup 2018 in Russia with a 2-1 win away to Zambia.

Goals from Kelechi Iheanacho and Alex Iwobi gave Nigeria the victory but Ideye who claimed that he gave the assist for Nigeria’s second goal scored by Iheanacho was unhappy when he was substituted.

Ideye was replaced by defensive midfielder, Anderson Esiti after Zambia pulled a goal back in the second half and, the Olympiakos striker showed his displeasure by kicking a water bottle in anger on his way to the bench.

According to reports, the 27-year-old didn’t stop shaking his head after taking his spot on the  bench.

He reluctantly shook the hands of his teammates on the bench before taking his spot, although his actions didn’t seem to bother Gernot Rohr.

Ant–graft war: DSS releases one Judge, others still in Custody