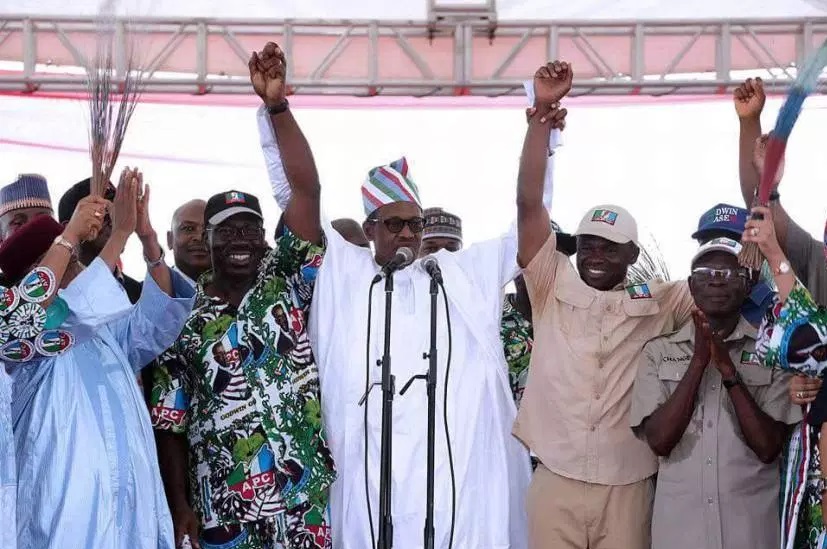 President Muhammadu Buhari on Thursday congratulated the government and people of Edo State on the successful conclusion of the gubernatorial election and the victory of the All Progressives Congress (APC) candidate, Godwin Obaseki at the polls.

In a telephone call to Edo State Governor Adams Oshiomhole, President Buhari commended the well-articulated campaign programme of the APC in the state, the doggedness of the governor, governor-elect and party members in going round the state to reach the people with records of good governance over the years and a promise of continuity.

Also, in a statement by the Special Adviser on Media and Publicity, Femi Adesina, the President said that the outcome of the election clearly reflected the mood of the people to sustain the pedigree of responsiveness, forthrightness and diligence that Governor Oshomole brought into the service of his people.

‘‘The victory is good for democracy, for Nigeria and the people of Edo State,’’ he said.

President Buhari also said that the victory was well-deserved as the campaign train, which he joined, worked hard to sell its people-centered manifesto.

He applauded the conduct of the Independent National Electoral Commission, security agencies, corps members and electorate in ensuring a peaceful election.

INEC had announced that Obaseki won the majority of the votes cast, with a total of 319,483 votes, and he was closely followed by Pastor Osagie Ize-Iyamu of the PDP, who polled 253,173 votes.