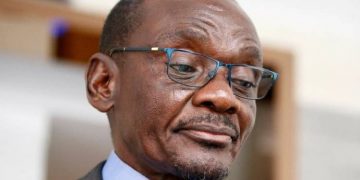 The country’s Ministry of Information, Publicity and Broadcasting, floated his resignation letter on Twitter on Monday, adding that he had copied the President, Emmerson Dambudzo Mnangagwa, in the letter.

“VP Kembo Mohadi has tendered his resignation to H.E President @edmnangagwa with immediate effect,” it tweeted. 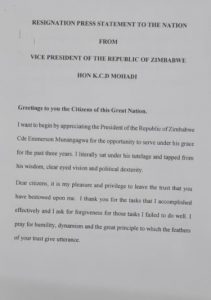 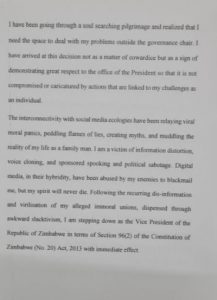 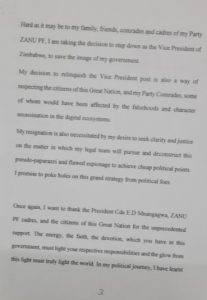 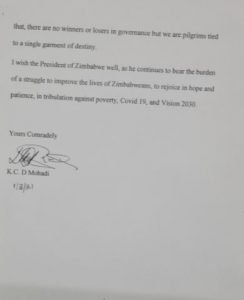 Local online media had reported that he was using his office to make sexual advances from women, an allegation he has denied.

But, based on his letter, Mr. Mohadi claimed that he wanted to bow out to save the image of the presidency as well as sue his detractors for the allegation.

“I am a victim of information distortion, voice cloning, and sponsored spooking and political sabotage. Digital media, in their hybridity, have been abused by my enemies to blackmail me, but my spirit will never die. Following the recurring dis-information and virilisation of my alleged immoral unions, dispensed through awkward slacktivism, I am stepping down as the Vice President of the Republic of Zimbabwe in terms of Section 96(2) of the Constitution of Zimbabwe (No. 20) Act, 2013 with immediate effect.

“I have arrived at this decision not as a matter of cowardice but as a sign of demonstrating great respect to the office of the President so that it is not compromised or caricatured by actions that are linked to my challenges as an individual,” he stated.

Kembo Mohadi has been the country’s vice president since 28 December 2017. 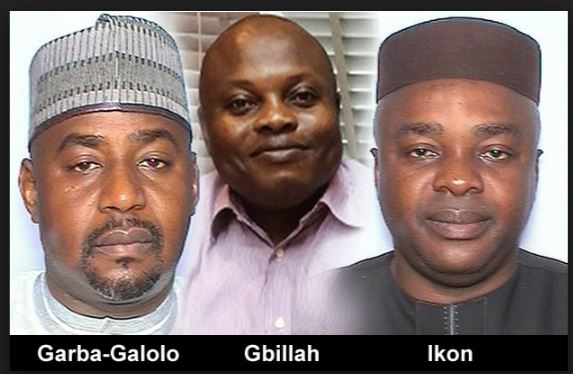