The Accident Investigation Bureau on Tuesday explained why an AgustaWestland AW139 helicopter with Vice President Yemi Osinbajo and 11 others onboard crashed in the Kabba area of Kogi State.

This caused the crew to lose visual as well as misjudge distance from the ground to air. 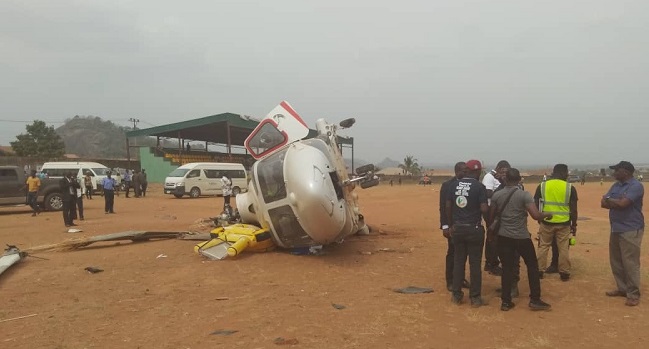 The AIB commissioner said the causal and contributory factor of the crash was that the flight crew encountered a dusty condition during the hover-to-land which led to the loss of external visual references and loss of situational awareness.

Others are inappropriate landing technique used, non-adherence to company’s procedures for known or anticipated dusty condition during landing and lack of risk assessment.

He said the Bureau issued two safety recommendations with regards to the crash of 2nd February, 2019.

One recommendation to the Nigerian Civil Aviation Authority and another to the Office of the National Security Adviser.