Millions of Americans tuned in for the first night of the Democratic virtual convention, hosted by actress Eva Longoria, tagged ‘We the People’.

Michelle Obama made a passionate plea, stating that Donald Trump is the wrong president for the US. 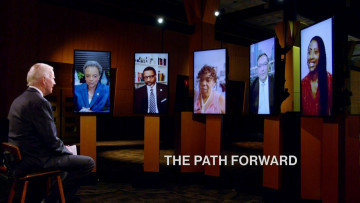 In an effort to broaden the party’s appeal at a time when online polls show the race between Joe Biden and Donald Trump tightening, Democrats turned the microphone over to some staunch republicans.

They expressed sentiments that Republicans frustrated with President Trump will be comfortable enough to set aside their party allegiances in November and vote for Joe Biden.

((Democrats scrapped plans for a live convention due to the coronavirus pandemic.

Republicans will face the same challenge as they make their case for four more years in the White House at a scaled-down convention next week.))