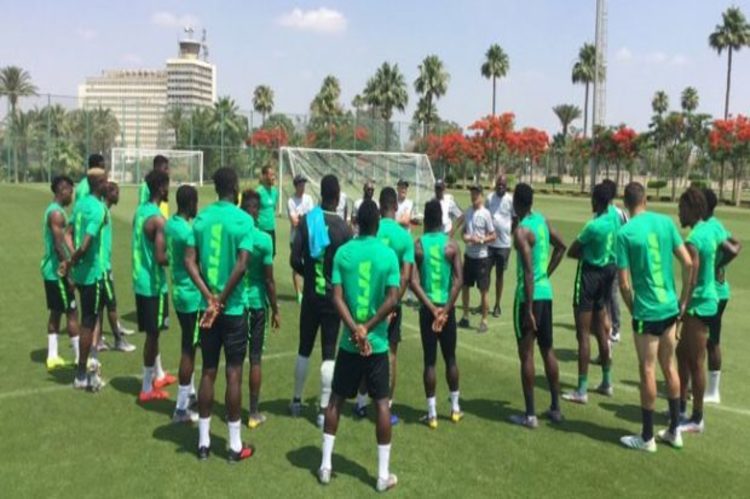 Super Eagles head coach, Gernot Rohr has challenged his players to step up their game when they face Tunisia in tonight’s friendly match.

Rohr admits that the absence of some regular players hindered the team’s performance in last Friday’s warm up game against African Champions, Algeria.

But the German manager has told his players to improve on their performance and show vibrancy against Tunisia.

Tunisia have not beaten Nigeria in a competitive game since their semi-final victory over the Eagles at the 2004 African Cup of Nations.

The Tunisians won on penalties after both teams were tied 1-1 in regulation and extra time.

Both teams have met 19 times and Nigeria have emerged winners on 6 occasion, lost six times and drawn 7 times.

Media manager of the Super Eagles, Toyin Ibitoye confirmed that the Nigerian team had their final training session on Monday evening ahead of the game against Tunisia.

Earlier today, Players and officials of the Nigerian team all tested negative for COVID-19.

But two players from the Tunisian contingent tested positive for the virus.

Ferjani Sassi and Sei-feddine Khaoui have been infected with the virus but are presently showing no symptoms.

More International matches will hold tonight as Germany host Switzerland in a UEFA Nations League game at the Rhyn Energy Stadium in Cologne.

Xherdan Shaqiri is back in Switzerland’s squad after previously testing positive for Covid-19.

Germany are second in the group behind Spain, while Switzerland sit bottom with one point from three matches.

Ukraine play Spain in the Group’s other game.

Meanwhile, Belgian Playmaker, Kevin De Bruyne has withdrawn from the Belgium squad ahead of Wednesday’s game against Iceland over injury concerns.

The Manchester City Midfielder was substituted in Sunday’s 2-1 loss to England and could miss saturday’s premier league game against Arsenal.