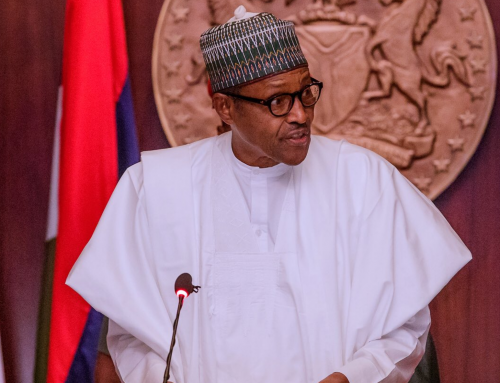 Hours after signing the 2019 appropriation bill into law, President Buhari held a special interview with the Nigerian Television Authority where he addressed issues concerning the nation.

The president spoke about issues including insecurity , the judiciary , the economy.

He said the country has achieved success in the war against insurgency and that he will move to make the police and judiciary more efficient.

The president also called on Nigerians to expose criminals in their neighbourhoods so that the country can easily attract foreign investors
.

President Buhari said not much can be done in a hurry as prosecution is slow and this has been a clog in the wheel of fighting corruption in the country.

President Muhammadu also confirmed that his administration will focus on improving infrastructure.

When asked about his service chiefs, the president said he has not identified whom to remove, but is willing to be notified about ministers who are corrupt.