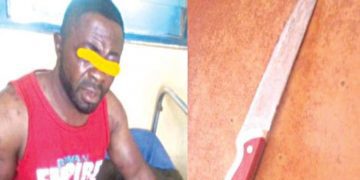 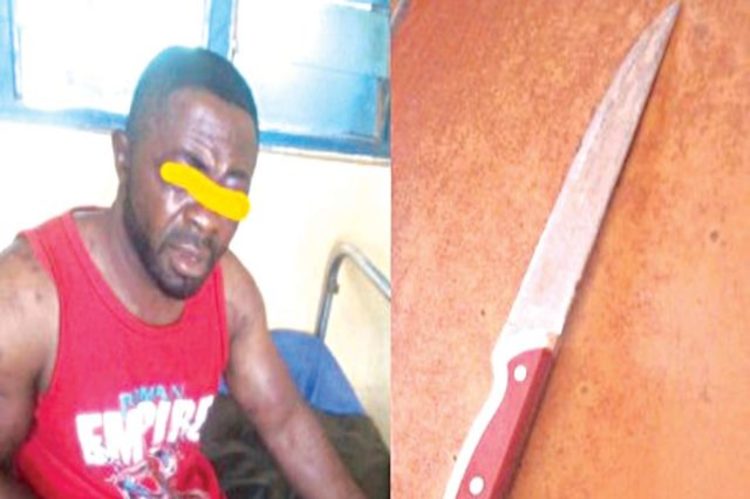 The Police in Anambra State have arrested a 41-year-old suspected ritual killer, Ogbonna Nwankwo, for attempting to cut off a woman’s breast in a motel in the Orumba South Local Government Area of the state.

A police spokesperson, Haruna Mohammed, who confirmed the incident, said the state Commissioner of Police, John Abang, had directed that the case be transferred to the State Criminal Investigation Department for discreet investigation in order to unravel the circumstances surrounding the incident.

Mohammed said, “Around 8am, there was a report of an attempted murder of one Bella Joseph, 29, residing at Dollar Inn Motel, Ihite, in the Orumba South LGA of Anambra State by a lodger, Ogbonna Nwankwo, 41, of Ihite town, in the same LGA.

Mohammed said a bloodstained knife was recovered from the scene.