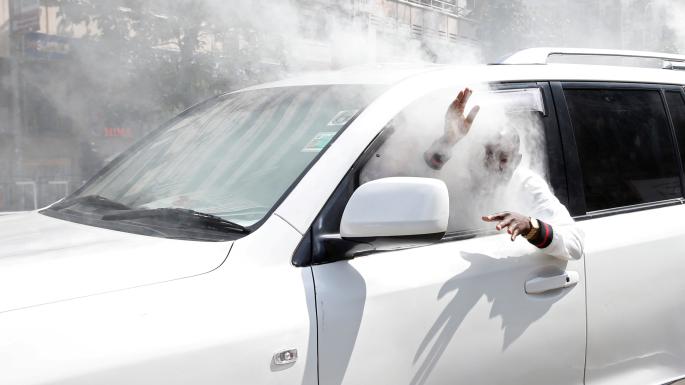 Opposition protester shot dead during clash with police in Kenya

Opposition protester shot dead during clash with police in Kenya

Omosa said the young man was one of four people admitted to the hospital on Thursday with gunshot wounds that occurred during clashes between police and protesters.

NAN reports that Kenyan police clashed with opposition supporters who where burning barricades and gangs of youths who prevented voting in some towns in an election re-run, seeking to challenge the credibility of President Uhuru Kenyatta’s expected victory.

The election is being closely watched across East Africa, which relies on Kenya as a trade and logistics hub, and in the West where Nairobi is regarded as a bulwark against Islamist militancy in Somalia and civil conflict in South Sudan and Burundi.

By and large the security situation in the country is OK. Polling stations have been opened in over 90 percent of the country and voting has commenced,” Interior minister Fred Matiang‘i told Citizen TV.

According to footage on the domestic NTV channel, in the western town of Migori, another opposition stronghold, several hundred young men milled around on a main road littered with rubble and burning barricades.

The handful of polling officials who pitched up to work in Kisumu, the scene of major ethnic violence after a disputed election in 2007, cowered behind closed doors, unable to distribute any voting material.

Such problems, already acknowledged by judges and the election commission, are likely to trigger legal challenges to the run-off and could stir longer-term instability in a country riven by deep ethnic divisions.

The re-run follows an August vote whose result, a Kenyatta victory, was annulled by the Supreme Court due to procedural irregularities.

In Kisumu Central, constituency returning officer John Ngutai said no voting materials had been distributed and only three of his 400 staff had turned up for work.

One nervous official described his work in the city as a “suicide mission”.

“We don’t have any options,” Ngutai told Reuters as he and two presiding officers sorted thousands of ballot papers into piles, work that should have been completed the previous day.

Kisumu businessman Joshua Nyamori, 42, was one of the few voters brave enough to defy Odinga’s stay-away call but said intimidation had put paid to his desire to cast his ballot.

A decade after 1,200 people were killed over another disputed election, many Kenyans are ready for trouble although on the eve of the vote Odinga backed off previous calls for protests and urged supporters to stay out of the way of police.

“We advise Kenyans who value democracy and justice to hold vigils and prayers away from polling stations, or just stay at home,” Odinga said.

Odinga’s National Super Alliance coalition, which has been accused of harassing polling staff in the run-up to the vote, is likely to present a lack of open polling stations as proof the re-run, organised in less than 60 days, is bogus.

Kenyatta, the U.S.-educated son of Kenya’s founding father, has made clear he sees Thursday’s vote as legitimate.

In central Nairobi, where support for the two protagonists is more mixed, turnout was significantly down on the August election. Anti-riot police were patrolling in Kibera and Mathare, two volatile Nairobi slums.

Nearly 50 people have been killed by security forces since the August vote. 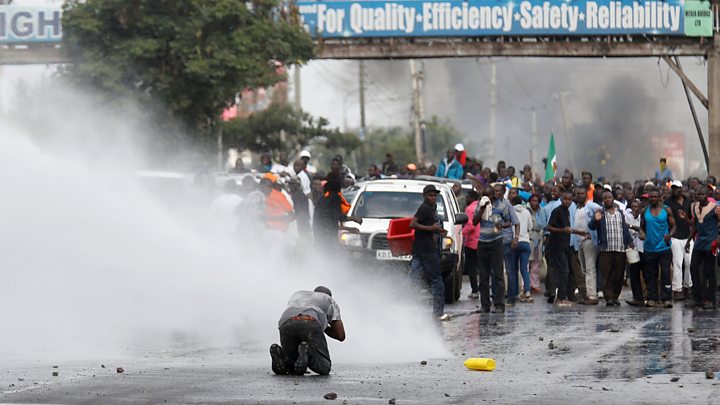 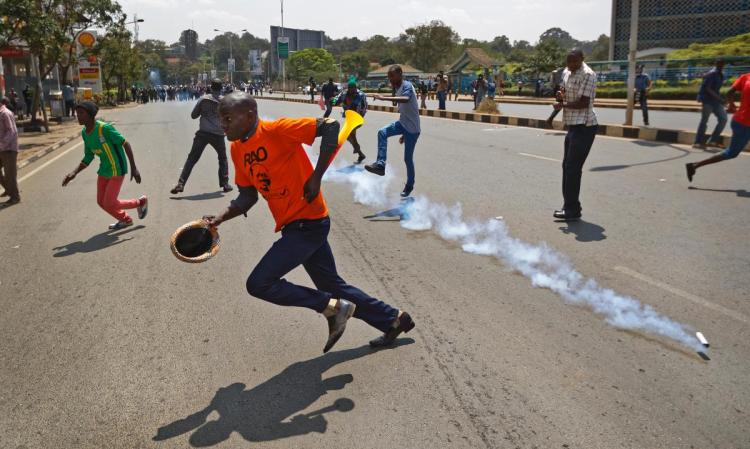 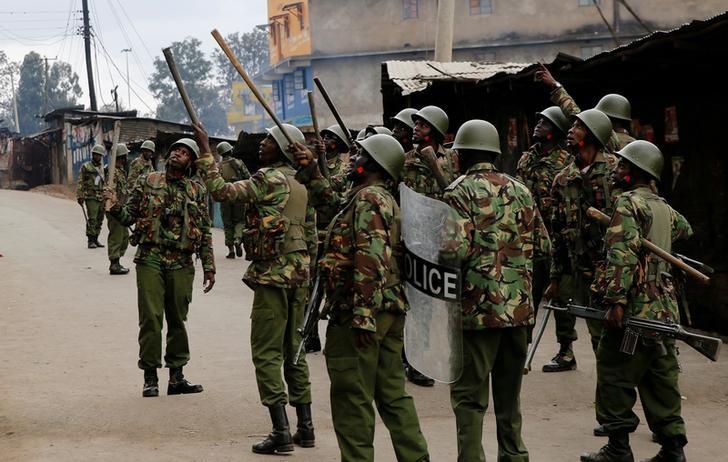 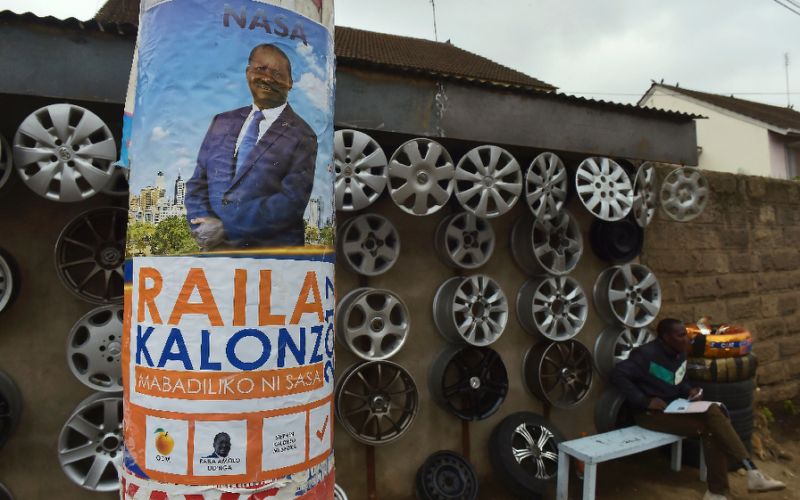 Police raid offices of Kenya opposition alliance ahead of elections