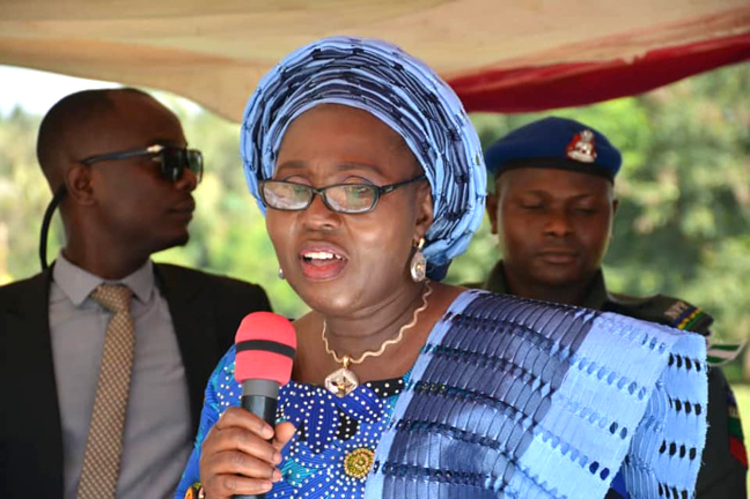 The wife of Ondo State Governor, Arabinrin Betty Anyanwu Akeredolu, on Saturday, dispelled a viral video making the round in some quarters that she was injured in Owo.

She gave the hint while fielding questions from newsmen in a group interview today.

According to her, such desperation from detractors will not bring any spirited efforts in soiling her reputations.

“I am happy you asked this question for the world to see what detractors are trying to do is to damage the exercise, within a few minutes I have been receiving calls and text messages”

She described the video as ‘doctored’ by haters who are bent on misinforming the public, especially during the electioneering period.

She said the victory of her husband today is non-negotiable, calling on members of the All Progressives Congress (APC) to be vigilant and proactive as the result start trickling in.