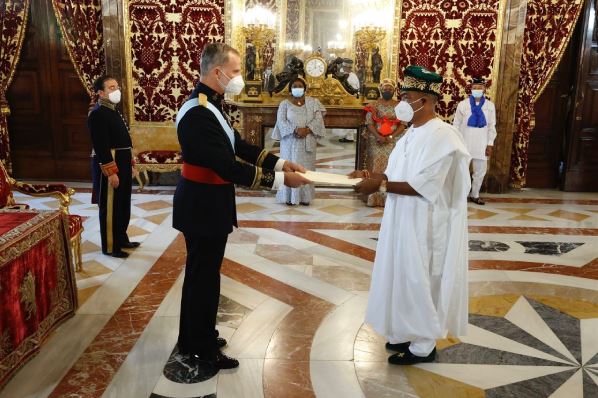 Nigeria’s Ambassador to Spain Demola Seriki has presented his letter of Credence to the monarch Felipe the sixth in a ceremony at the royal palace in Madrid. 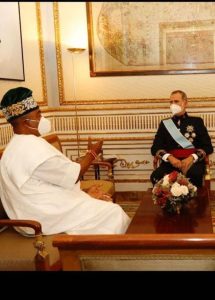 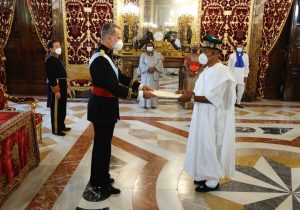 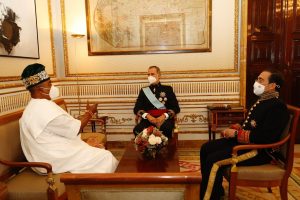 He described the King as ‘warm‘ and tweeted that the discussions they had were ‘useful’.

Ambassador Seriki was nominated in January as one of the non career diplomats to head missions abroad, before now he had served as minister of state for Defence under former President Umaru Musa Yar’Adua.

President of the Senate, Lawan, advises Senators against unguarded utterances A chieftain of the Peoples Democratic Party, Kolade Okeowo has charged the federal government to take… The Central Bank of Nigeria (CBN) has dispelled rumours of an unbalanced account. In a statement (more…) 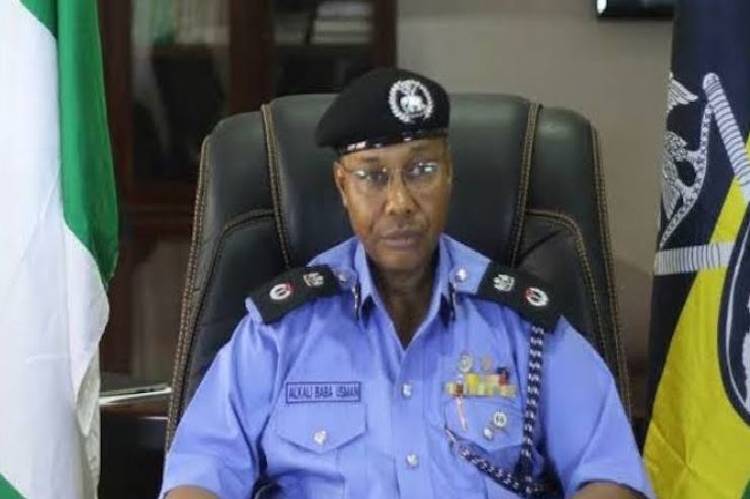 The Acting Inspector-General of Police, Alkali Baba has ordered the immediate disbandment of the IGP… 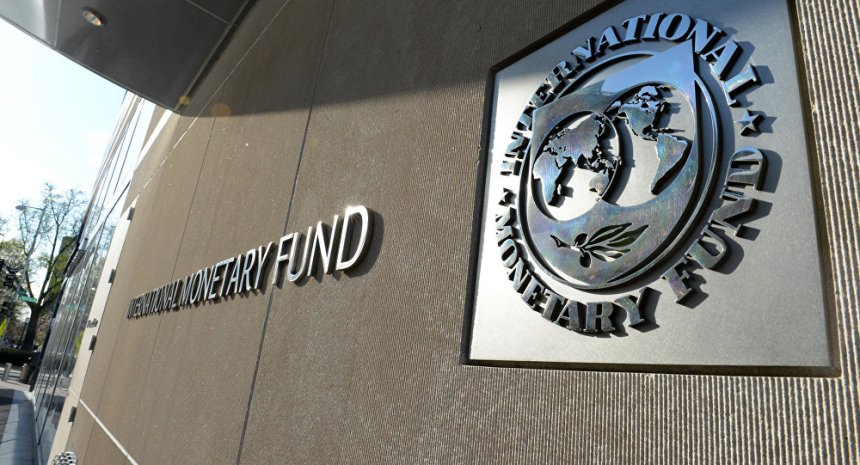 Uganda’s economy is expected to grow 6.3 percent in 2019 slightly higher than the last year's rate.…