Mr Zulum spoke while hosting a visiting delegation from the Senate on a sympathy visit to the state over the recent attacks in Borno state.

A high powered committee on Monday were at the Government House to commiserate with the governor over the recent upsurge in attacks by Boko Haram in his state. 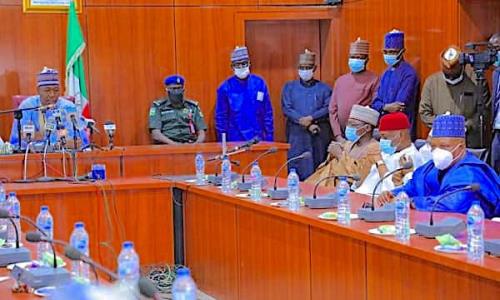 The Governor is disturbed by recent developments in his state and what appearred to be a worsening of the security situation.

The condolence was followed by a quick closed door meeting with the Governor after which the delegation speaks to journalists.

The visit by the delegation gave the governor the opportunity to disclose in detail hindrances to his policy of rehabilitation, reconstruction and resettlement for victims of the insurgency in borno state.

We can sacrifice anything for good military-civil relations – Nigerian Army

UPDATED: Nnamdi Kanu to be remanded in DSS Custody