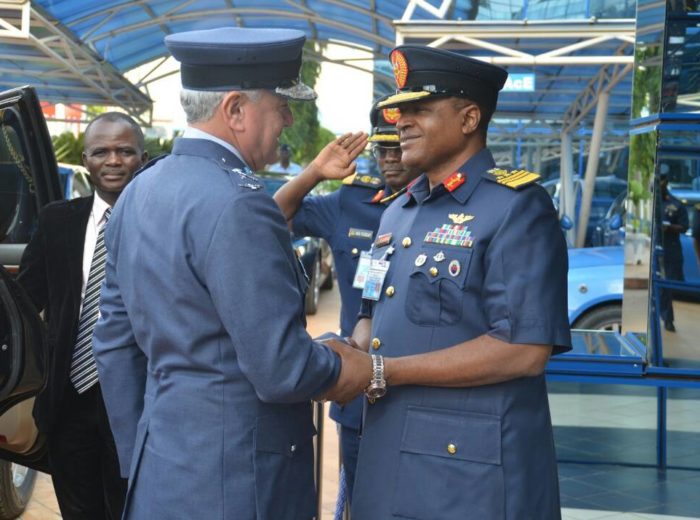 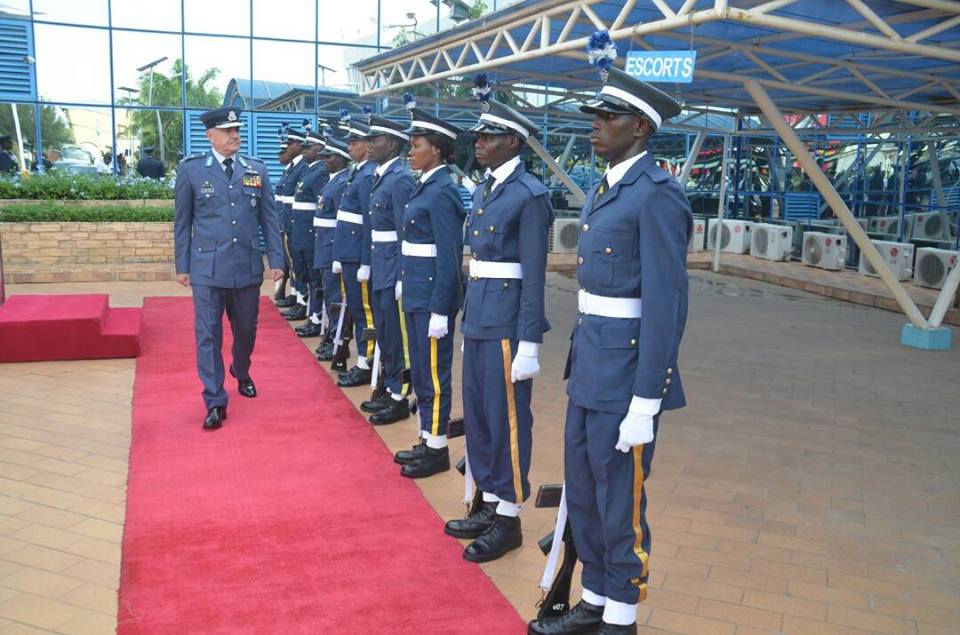 Al-Hnaity made the commendation when he accompanied Nigeria’s Chief of Air Staff to inspect facilities at the NAF headquarters of Operation Lafiya dole in Yola.

Our Correspondent reports that the ongoing war against insurgency in the Northeast, Nigeria has received another boost as the commander of Royal Jordanian Air Force Major General Yousef Alhnaity has applauded Nigerian Air Force’s commitment to degrading the outlaw sect.

Chief of Air Force Air Marshall Sadeeq Abubakar led him to headquarters of Operation lafiya dole in Yola where he interacted with leading pilots at the base.

Al-Hnaity also had a closed door meeting with men of the Air Force base in Yola.

Before the meeting, Air Vice Marshal Mohammed Idris, the Air Officer Commanding (AOC) tactical Air command Markurdi enumerated the achievements so far recorded by his men in the war against insurgency to the visitor.
mand Markurdi.

Speaking to journalists after the meeting, the RJAF chief said, “NAF has what it takes both in manpower and facility to check insurgencies.

Indeed, men of the Nigeria Air Force have been giving necessary support to the ground troops, the hope of Nigerians is to see the end of the lingering Boko Haram insurgency.