Super Eagles striker, Victor Osimhen has expressed his disappointment after Lille failed to qualify for the Champions League, having finished fourth in the 2019/20 season.

The 21-year-old was in a spectacular form during his debut campaign for the Stade Pierre-Mauroy outfit, scoring 18 goals and providing six assists in 38 appearances across all competitions.

The forward was named Lille Player of the Season following some eye-catching displays but felt frustrated after his aim to help the Great Danes secure a spot in the top European competition failed to materialize. 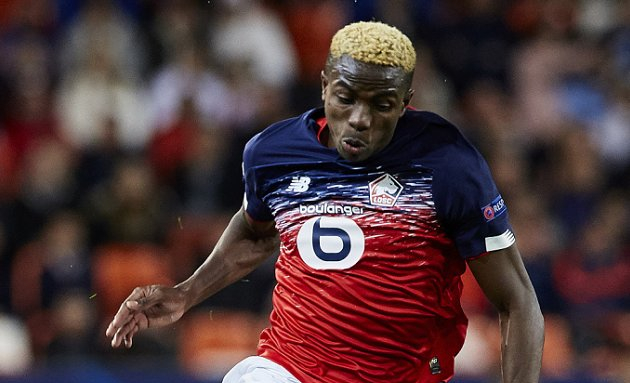 “Winning the Lille player of the season was not my target. My target was to help the team finish in the Champions League spot, but I want to thank my team-mates and those who voted for me,” Osimhen told reporters.

“I’m really happy – it’s a great feeling – I’m here and proving it. The league is not as easy as some people think. It’s very competitive and you have to play among the best.”

Osimhen has been linked with a number of European clubs lately, including Real Madrid, Chelsea, Tottenham Hotspur and Napoli.

The striker, who lost his father recently, also dismissed the rumours making rounds that he has agreed to join the Italian side.

“There’s a lot of fake news about me already agreeing a deal with Napoli – it’s sickening. Please disregard any report of transfers involving me on the news. I want to stay mute on all these as I mourn my late father,” he continued. 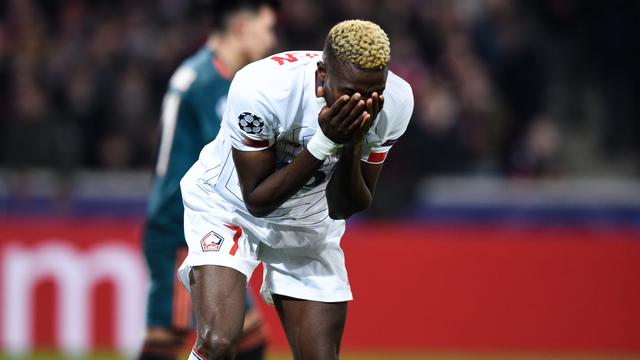 The forward also explained how his modest beginning has always served as motivation for him to perform well.

“Whenever I’m in my free time, I reminisce on the past. My humble beginning makes me the person I am today – it’s me never, never wanting to give up,” he added.

“So whenever I’m on the pitch, whenever I think about where I’m coming from, my family background, I don’t want to relent – I want to make them proud and I want to give my all.”

Osimhen joined Wolfsburg after his impressive displays for Nigeria at the U17 World Cup in 2015, where he scooped the Golden Boot and Silver Ball awards to help the Golden Eaglets win the title.

The young striker, however, struggled for game time with the German side, featuring in only 12 Bundesliga games before his departure.

“I said some years back that I have a point to prove at Wolfsburg but I couldn’t get the chance,” he continued.

“Now I’m here and proving it and I’m sending messages across and a lot of them are sending me messages also, calling to congratulate me.”

The forward, who was part of the Super Eagles team that finished third at the 2019 Africa Cup of Nation in Egypt last year, also revealed he spends his leisure hours to read inspiring messages on social media.

“I go to this motivational page on Instagram and save some of the important quotes that I see. In my spare time, I go to my saved items and read the quotes – it inspires me,” he said.

The Super Eagles striker will hope to continue his impressive form in the 2020-2021 season.