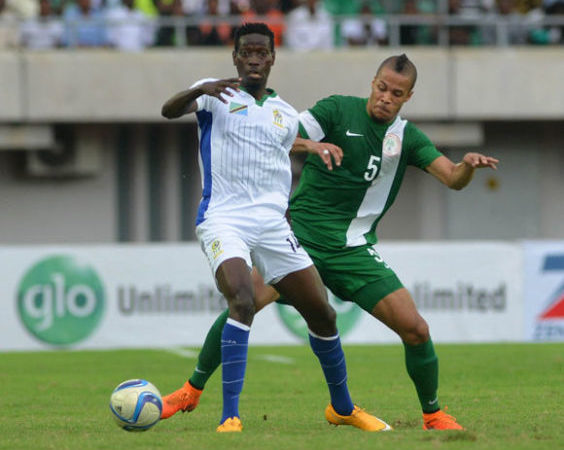 Super Eagles defender, William Troost- Ekong over the weekend said he was looking forward to winning a major trophy for Nigeria.

William Ekong who alongside Leon Balogun formed Eagles’ famed ‘Oyinbo Wall’ said he will no be fulfilled as a footballer until he brings home a major trophy with the Nigerian senior national team.

“I am proud of the medal we brought home to Nigeria from the Olympics Football Tournament in Brazil in 2016, but my big aim is to win something with the Super Eagles. I am really looking forward to that

With an Olympic football event bronze already in his possession following Dream Team IV third place finish at Rio 2016, the defender said it was amazing representing Nigeria at the senior level.

“It has been amazing to represent Nigeria for some years now, putting on the green-white-green with pride,” Ekong told the NFF official website.

Months after the 2018 World Cup ended in Russia, Ekong is still wondering how Nigeria failed to progress from the Group D pairing that also had Argentina, Iceland and runner-ups, Croatia.

“It was hard for all of us not to make progress from the group stage at the World Cup. But I still look back with pride about the team because our outing in Russia has definitely made us hungrier to qualify for the 2019 AFCON and to go all the way there.”

After Nigeria won the AFCON 2013 in South Africa and failed back-to-back to qualify for the 2015 and 2017 respectively, Ekong wants the coveted African trophy as compensation for not making appreciable impact at Russia 2018.

Nigeria will reopen the campaign to qualify for the AFCON 2019 with an away fixture against Seychelles on Saturday. Last year, Eagles fell 0-2 to South Africa in Uyo while Libya trounced Seychelles 5-1 to take the driver’s seat of the group B.

After the away tie in Victoria, Seychelles Eagles will face Libya in back-to-back games in October before taking on South Africa.

“It will be a hard job in the next two months and I know the boys and staff are taking these games very serious. But of course, I believe if we perform at our optimum, we will garner the points from the remaining matches and qualify for the final tournament.

“We have demonstrated now that when Nigeria plays at its best there aren’t many teams we have to fear,” stressed Ekong who switched from Turkey to Italy this summer window.

Tags: AFCONI will not be fulfilled until i win a major trophy for Nigeria - EkongSAseychellesSuper Eagles
SendShareTweetShare