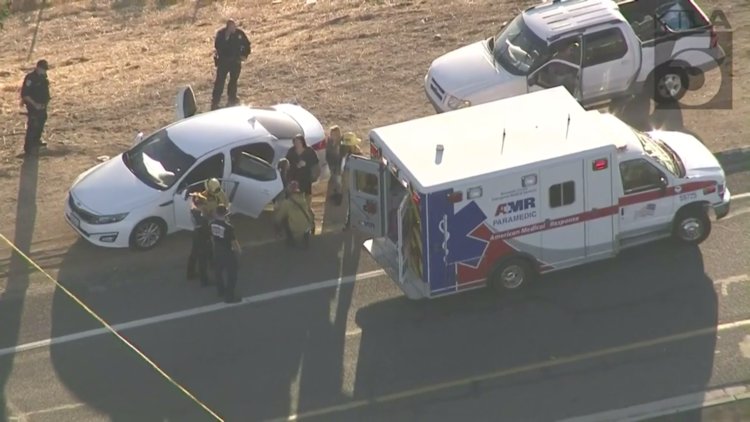 A California Highway Patrol officer was killed and two others injured in a shootout Monday evening in Riverside.

California officials said One officer was in critical condition at a hospital late Monday night and another received minor injuries.

Assistant chief of the Highway Patrol’s inland division said at a news conference that a confrontation began when a driver, whom the authorities did not name, was pulled over for a traffic stop.

A Highway Patrol officer was planning to impound the man’s white pickup truck and called for a tow truck, but as the officer was filling out paperwork, the man pulled out a rifle and shot the officer.