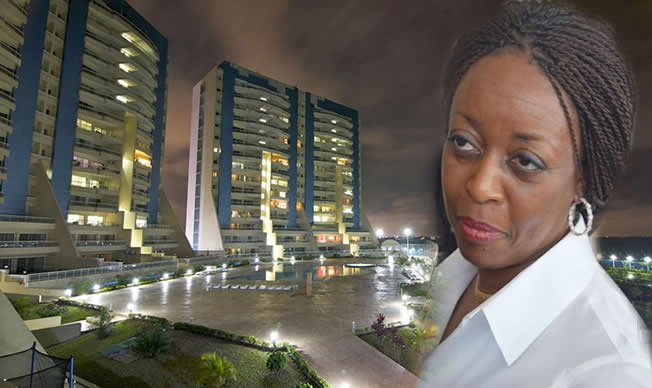 The Federal High Court in Lagos has ruled that the 56 houses linked to former Minister of Petroleum Resources, Diezani Alison-Madueke be permanently forfeited to the Federal Government.
Justice Abdulaziz Anka gave the permanent forfeiture order on Wednesday.
The Economic and Financial Crimes Commission claim that the former minister paid  $21,982,224 for the properties.
The commission said it believed that the funds with which the houses were purchased were proceeds of crime.
The houses, in Lagos and Port Harcourt, were said to have been acquired by the Diezani between 2011 and 2013 using front companies.
Tags: Diezani Alison-MaduekeEFCCJustice Abdulaziz Ankatop storiesTVC News
SendShareTweetShare