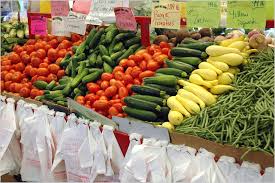 Farmers and artisans in Nigeria are mobilizing support for themselves to raise 10 billion naira to support their businesses and farms. The group championing the cause in Abuja has called on farmers and those in the informal sector to key into the movement as an opportunity to grow their businesses.

Our Correspondent Helen Osamede Akins reports that a report by the world poverty clock in 2018 shows Nigeria has overtaken India as the country with the most extreme poor people in the world.

Based on the latest united nations estimate, Nigeria’s population is two hundred million, six hundred and thirty six thousand, two hundred and
fourteen which is equivalent to 2.6 percent of the total world population.

The country faces a major population explosion, and having a large number of its citizens still living in extreme poverty, is major worry

Hussaini Raha, a rice farmer in Kebbi State who has been in the business of farming for over a decade, said financing has been a major obstacle in his efforts to expand his business. It is why groups made up of artisans and farmers are extremely important at this time

The group is collaborating with a cooperative society to raise funds to grow the businesses of its members. It believes that, given its large following, it can help members without necessarily waiting for government support.

With many farmers and artisans exploring this means to generate finance to grow their business, more people may be able to beat the poverty trap.