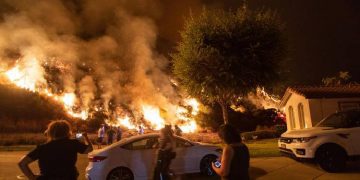 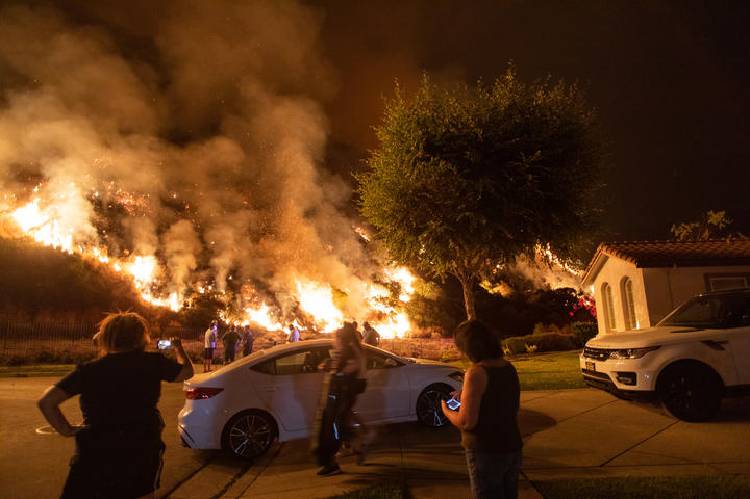 Hundreds of thousands of people will remain without power in California after a wildfire ignited in the foothills West of Denver.

State Office of Emergency Services Director, Mark Ghilarducci said approximately 900,000 people will be without lights, refrigerators or climate control as nighttime temperatures dip to near freezing in an effort to prevent damage to equipment that could topple and spark wildfires.

U.S Forest Service spokesman Andrew Mitchell said the cause of the blaze was under investigation but human activity is likely to blame.

But so far, no casualties have been reported but the blaze threatened 5,420 homes and other structures in communities about 40 miles (65 km) north of downtown Los Angeles where residents have been told to prepare for possible evacuations over the weekend.

The U.S National Weather Service has issued an “extreme red flag” warning around Los Angeles ahead of two days of dry near-hurricane gusts. 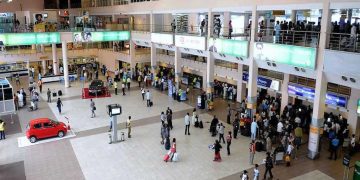 UK, US begin evacuation of citizens from Nigeria 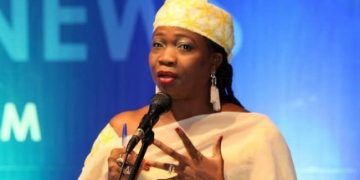