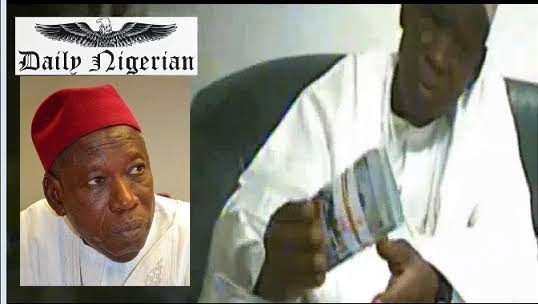 A Kano high court has granted an interim injunction sought by Kano State governor,Abdullahi Ganduje, restraining Daily Nigerian Newspaper and its publisher,Jafaar Jafaar, from publishing videos about him.

This was after the news platform published videos showing Governor Ganduje allegedly collecting kickbacks from contractors.

The governor’s N3 billion suit against the newspaper came up on monday, and he wants the court to declare the publication as wrongful and a defamation of character.

The case resumes on December the 6th.

Recall that a court recently stopped the Kano state assembly panel from investigating the scandal any further.