Arsenal got off the mark with their first post-lock down victory as goals from Eddie Nketiah and Joseph Willock earned the Gunners a 2-0 win at Southampton.

Nketiah forced an error from Saints goalkeeper Alex McCarthy midway through the first half, before converting his fourth Arsenal goal of the season into the unguarded net. 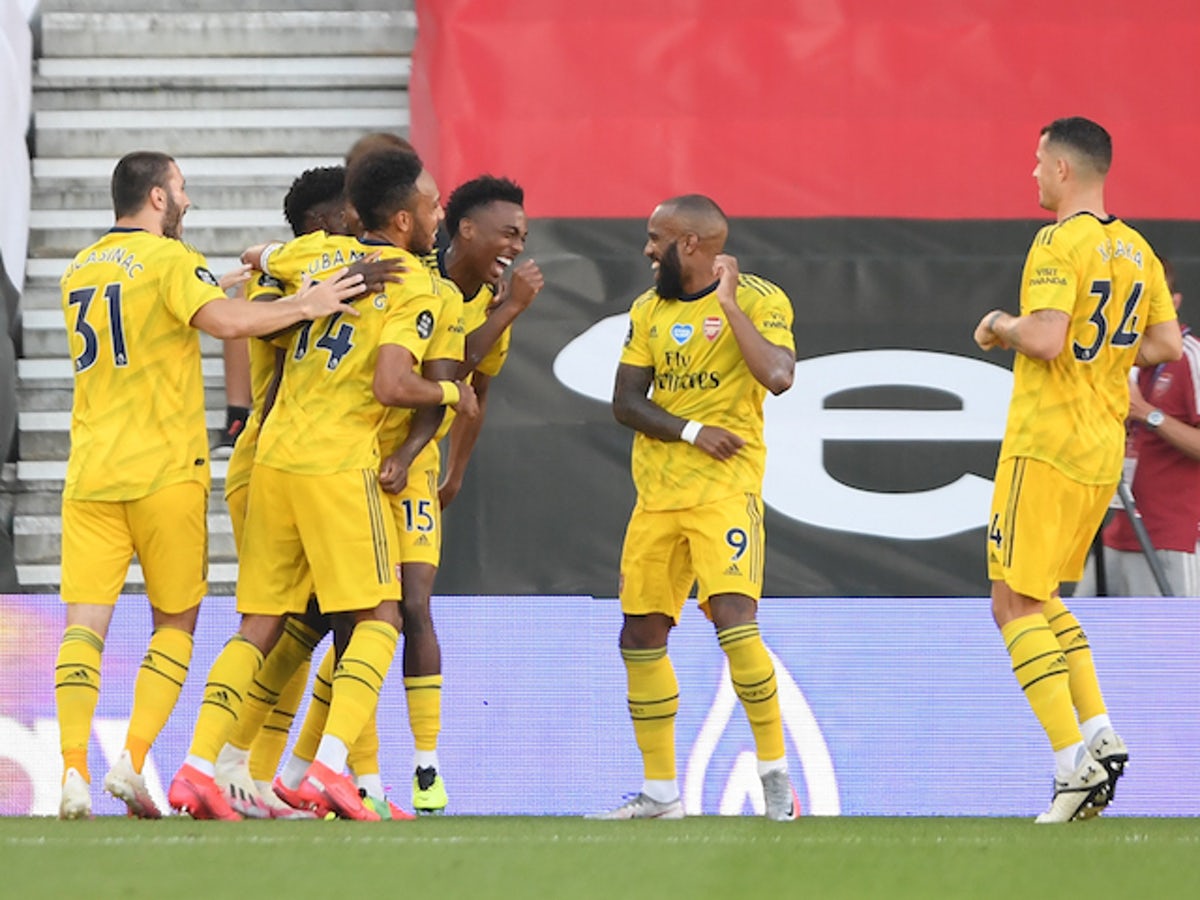 The Saints’ hopes of a comeback were dashed by last-man Jack Stephens’ late red card for a foul on Pierre-Emerick Aubameyang.

The victory was Mikel Arteta’s first away league win since taking charge.