The Nigerian Army have continued to record successes in their fight against insurgency as notorious logistics supplier for bandits have been arrested.

The bandit identified as Marwana Abubakar was found crouching between Jibia – Batsari axis at Kwashabawa village in Jibia Local Government Area (LGA) of Katsina State on Wednesday, 8th of May.

Acting Director, Army Public Relations,Colonel Sagir Musa in a statement said based on a tip off, troops of 311 Artillery Regiment, successfully conducted a raid operation on a suspected facility in Kontagora township. During the raid, some weapons were discovered and recovered. A local weapons fabricator Mr Salisu Ibrahim was also arrested by the troops in Kontagora, Kontagora LGA of Niger State.

Nigerian Army,  as usual, is unwavering in its commitment and determination to checkmate insecurity in Nigeria. 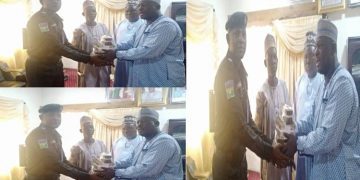 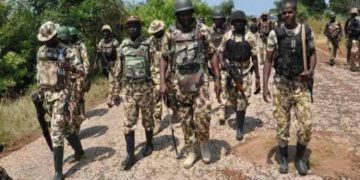