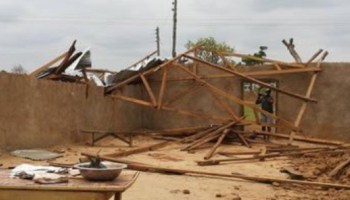 At least 30 people have been killed following a heavy windstorm in Bauchi metropolis and environs late Saturday.

Shops, domestic animals and businesses were affected in almost all the towns.

Meanwhile, the speaker of the House of Representatives, Hon. Yakubu Dogara, has commiserated with the victims of windstorm.

The speaker called on relevant Federal and state government agencies to quickly provide relief materials to the victims to alleviate their suffering.

Dogara urged relevant government agencies to quickly move in and provide immediate assistance to the victims of this disaster and come up with necessary emergency preparedness and early warning mechanisms to mitigate the effects of such natural disasters.