Workers in the Aviation sector have threatened to commence a nationwide strike in the next two weeks over failure of the federal government to meet their demands.

They are demanding that the Federal government expunge alleged obnoxious anti Labour clauses it has inserted  in the proposed laws of agencies in the industry. They issued the threat after a protest in Abuja.

The government is seeking to amend and or enact laws to further regulate the aviation sector through its agencies.

While the workers yearn for laws that impact the sector and their lives, they accuse the authorities of plans to take away their right to unionism.

Government, by the clause, seeks to classify the sector as an essential service provider, hence the need to ban strikes and protests. 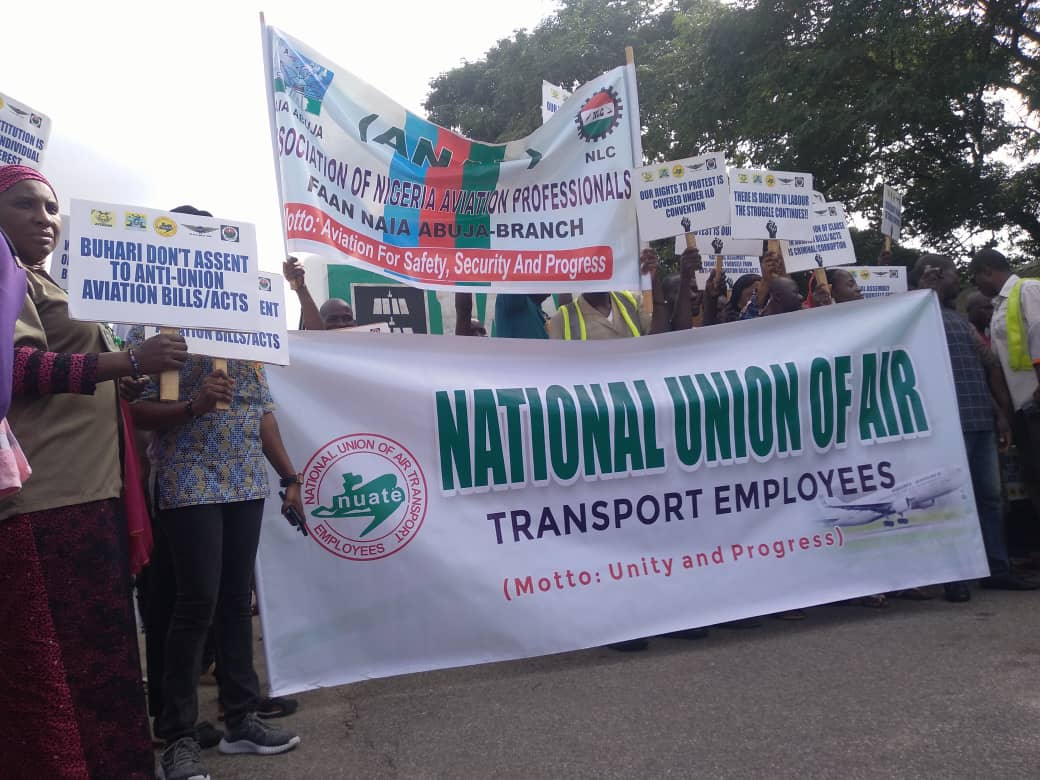 They have written separate letters to the two Aviation committees of the National Assembly demanding their intervention.

The unions also called on President Muhammadu  Buhari to decline assent to the controversial clauses they alleged were inserted after public hearings on the bills.

This is why the workers have gathered on the first working day of the week at the Nnamdi Azikiwe International Airport in Abuja.

They say government’s action violates the provisions of the Trade Dispute Act and other Labour laws, including that of the International Labour Organisation.

From the General Aviation Terminal through the International Airport and to the toll gate, the workers defied security presence to pass across their message

PDP condemns demolition of its campaign office in Gombe