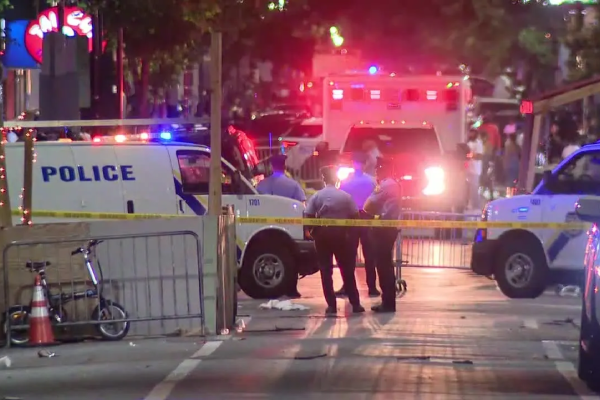 Three people were killed and at least eleven others injured in a shooting that occurred in Philadelphia late Saturday night, according to authorities.

The Philadelphia Police Department said it responded to reports of a gunman in a large crowd near the 200 block of South Street just before midnight.

According to police, 14 people were hit by gunfire in the incident and were taken to local hospitals. Three people were later pronounced dead at the hospital, a 22-year-old man, a 34-year-old man and a 26-year-old woman.

Authorities report that no arrests have been made, but that two weapons, both handguns, have been recovered. Shell casings were also discovered strewn across South Street’s 200 and 300 blocks.

Police say there was another shooting just blocks away at 4th and Bainbridge streets before the one on South Street. In that incident, 13 shots were fired. Given the close proximity of the incidents, investigators are looking into any possible connections.https://www.tvcnews.tv/2022/06/putin-fires-5-generals-police-colonel-from-highest-ranks-of-russian-military/

Pace added that police expects to collect “a lot of video surveillance footage” from the many businesses along the street later in the day to try to identify suspects.