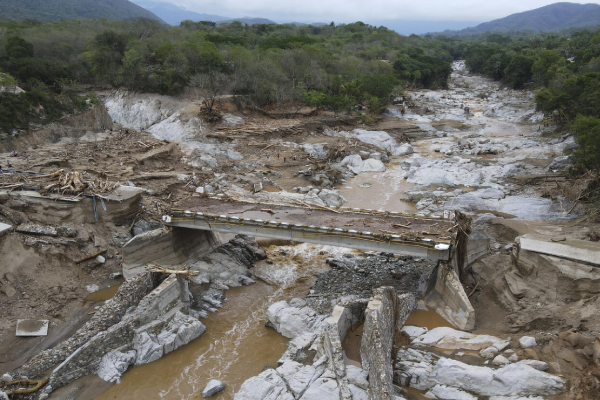 Hurricane Agatha killed at least 11 people and left 33 people missing in the Southern Mexican state of Oaxaca, where it caused flooding and landslides, Gov. Alejandro Murat said on Wednesday. .

More than 40,000 people have been affected in the state, mostly along the coast and in the mountains beyond, according to Murat.

Agatha was the strongest hurricane to make landfall in the eastern Pacific in May in recorded history.

As a strong Category 2 hurricane with maximum sustained winds of 105 mph (170 kph), Agatha made landfall Monday afternoon on a sparsely populated stretch of small beach towns and fishing villages, but it quickly lost power as it moved inland over the mountainous interior.

While Oaxaca searched for the missing and cleaned up downed trees and flooded homes, Mexican officials were keeping an eye on another large area of thunderstorms along the Yucatan Peninsula’s Caribbean coast, which forecasters said could develop into a tropical storm later this week.

According to the National Hurricane Center in the United States, the system has a 70% chance of becoming a tropical depression in the next 48 hours. It poured heavily in southern Mexico and Belize as it formed.