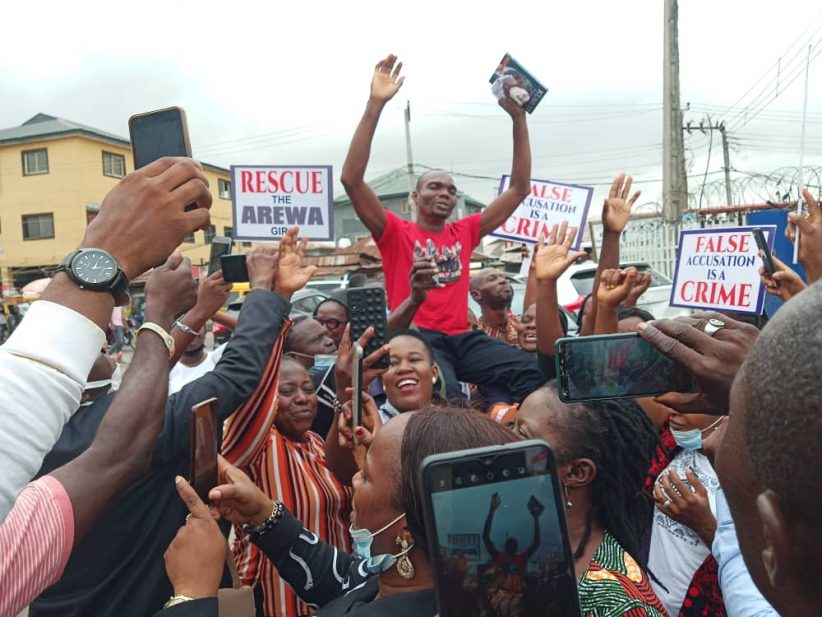 A teacher at the Methodist Girls’ High School, Yaba, Lagos, Adewale Bakare, who was earlier remanded at the Nigerian Correctional Centre, Kirikiri, for alleged sexual abuse of a nine-year-old girl has been granted bail.

The suspect was released on Thursday at a Magistrate Court in Ogba after fulfilling his bail conditions.

The news elicited jubilation by a crowd who had gathered in the court premises. 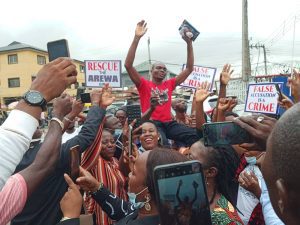 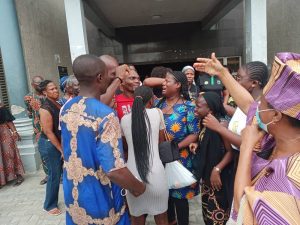 Immediately after Mr Bakare was released from the custody of the Kirikiri Maximum facility, the jubilant crowd lifted him on their shoulders and sang praise songs, before the teacher was taken away by his family.

The crowd which included several activists also displayed placards, with the inscriptions on them reading, “False Accusation is a Crime,” “Rescue the “Arewa Girls,” Justice for Adewale Bakare,” “Protect Our Children,” and “No to Weaponised Rape Allegations.” 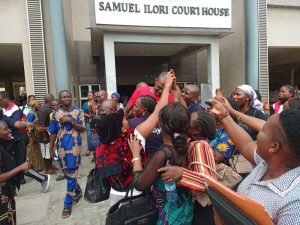 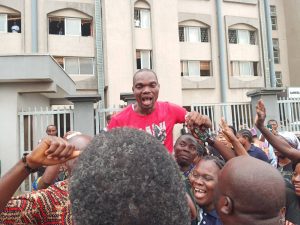 Mr Bakare’s lawyer, Toyin Taiwo-Ojo, said she is fighting to save an alleged abuser.

“For the first time, I’m fighting not just in the interest of the child but to save an alleged defiler,” she said.

“Because in some of our findings, we have noticed that the father of the child, the complainant, is a serial accuser of innocent people.”

The matter is adjourned to Friday, May 20. 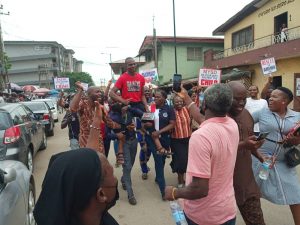 The 48-year-old teacher with the Methodist Girls High School was accused of sexual abuse by the father of his pupil, Adebisi Arewa.

Mr Bakare has denied the allegations.

Mr Arewa, an associate professor at the Nigerian Institute of Advanced Legal Studies in Lagos had previously accused five teachers from the University of Lagos Women Society Nursery and Primary School, Akoka, and a driver, Abiodun Matthew of similar offences leading to Mr Matthew’s life sentence in February by a sexual offences court.

His lawyer, Abiye Tam George has also vowed to appeal the sentence, maintaining his innocence.

Last Thursday, some groups marched from the Nigeria Bar Association’s office in Ikeja to the headquarters of the Nigeria Police Force, Lagos Command with placards to demand justice for the accused teacher.

The groups also accused Professor Arewa of sexually abusing his two daughters, and
failing to produce them for forensic tests.

But the Law lecturer in an interview with TVC News denied the counter-accusations, and accused the NGOs and the affected schools of compromise and plotting to hypnotize his daughters.

He also raised an alarm that the girls have now been “forcibly” taken from their school by welfare workers acting on a court order, which he says he will challenge.

According to him, “Their most likely next move is to get illegal confessionals from them which they will use to free the girls and also use to have me charged on trumped up charges.”

Lagos couple to know fate July 7 over death of housemaid