Rescue Operations at the Site of Collapsed Building

The Permanent Secretary of the Lagos State Emergency Management Agency, LASEMA, Dr. Oluwafemi Damilola Oke-Osanyintolu has appealed to owners of buildings and developers to desist from incessant contravention of the state’s building regulations in order to halt the unnecessary loss of lives associated with collapsed buildings in the state.

The Permanent Secretary of LASEMA at incident site of the four-floor self collapsed building at 4, Alayaki Lane, off Freeman street, Lagos Island, stated that owners of the collapsed building took to working at night and weekends to circumvent the stop-work order served on them by the Building Control Agency, and appealed to all residents that whenever a building is marked as defective, concerned parties should work with the relevant Government Agency to find solutions rather than cutting corners.

Going further, Dr. Oke-Osanyintolu stated that, “Safety of lives and properties of all residents of Lagos residents is paramount to us and we will do everything that is humanly possible to ensure the safety of lives and our properties; we appeal to the good people of Lagos State to always abide by the rules and regulations for their safety” he saidhttps://www.tvcnews.tv/purplegold/post-new.php# 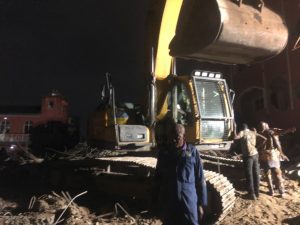 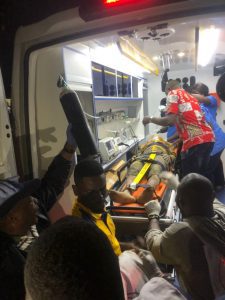 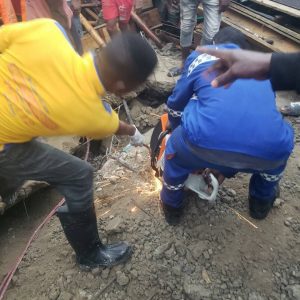 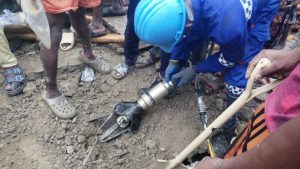 Dr Oke-Osanyintolu warned owners of the building next to the one that collapsed, to immediately stop further development on the work site, as they had criminally painted over the stop-work order on the edifice that was served on the owners.

He stated government’s position with emphasis on extant laws which wrath shall be brought to bear fully on all defaulters: “the enforcement will be carried out in all ramifications, in as much as we want our people to partner with us, we will not fail in our duty. We’ve been intervening in some structures, we want undesirable elements to desist from all these acts”https://www.tvcnews.tv/purplegold/post-new.php#

The PS LASEMA advised members of the public on the need to seek proper approvals from the relevant agencies before embarking on any construction or rehabilitation of buildings, while stating that when owners of buildings and developers follow due process and use standard materials, incidents of self-coĺlapsed buildings will be checkmated and eventually become a thing of the past.

Four adult males were recovered dead when the four-flour building collapsed amidst torrential rain on Saturday 21st May, 2022, and five adult males were rescued alive by the combined team of emergency responders with support from members of the community, while the remains of the self collapsed structure was pulled down.

I can vouch for Oyebanji’s pedigree, competence- Sen Bamidele